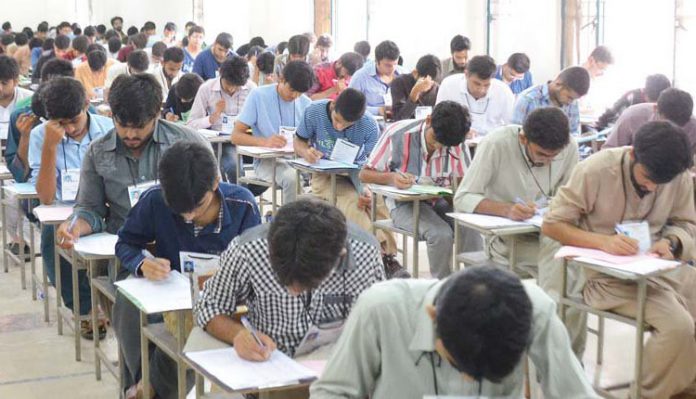 PESHAWAR: The demand for establishment of Zone-6 in Khyber Pakhtunkhwa for competition exams under the KP Public Service Commission (KPPSC) has again been made by the candidates from Zone-3 after non-satisfactory results in the recent Provincial Management Services (PMS) exams.

In the recent PMS exams, from Zone-3, eight candidates passed the exam from Swat, six from Malakand, five from Chitral, two from Lower Dir and one from Buner, while no candidate could pass the exam from Upper Kohistan, Lower Kohistan, Kolai Palas, Shangla, Upper Dir, Battagram and Torghar. This is why the demand for establishment of Zone-6 including Shangla, Kohistan’s three districts, Torghar and Battagram has gained strength.

The said proposal was approved by the provincial cabinet and and high-level committee was also set up for this purpose. The chief minister then issued a notification in this regard under the recommendations of the KPPSC which was also forwarded to the Finance Department, but after that no one pursued the issue and it was lost in official files.

Shahid Ahmed, Principal of Government High School Karora, said while talking to TNN that it is almost impossible for the candidates from the mentioned less developed districts to pass the PMS exam under the existing zoning arrangement. He said the zoning arrangement needs immediate review and the current set up is non-transparent and reduces the chances of candidates from backward districts to pass the exam. He said Zone-3 has 9.3 million population, while Zone-5 has 3 million population, which is less three times than Zone-3.

Shahid Ahmed explained that Zone-3 on one hand includes less developed areas like Kohistan, Shangla and Torghar, while it also includes districts like Swat, Malakand and Lower Dir which have developed a lot in terms of education. In such a scenario, he said, the candidates of less developed districts have no chance of passing the competitive exams. He called upon the elected representatives, area elders and civil society to raise voice for the rights of candidates from less developed districts because it is an issue about their future. He said the issue can be resolved by establishing Zone-6 for these districts.

Tariq Rauf, an activist lobbying for Zone-6, told TNN that social activists have raised the issue with KP Information Minister Shaukat Yousafzai, but the matter is unresolved mainly due to lack of interest by the members of KP Assembly.

Jamshed Ali, a social activist said, a large part of the province is included in Zone-3 and it is impossible for candidates from less developed areas to compete with students of other districts. He said inaction of lawmakers on the important issue is beyond comprehension.