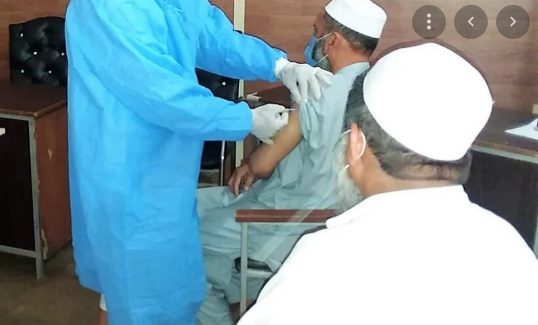 PESHAWAR: A large number of Afghan refugees living in Pakistan have also been affected by coronavirus. No authentic data about corona cases and deaths among Afghan refugees is available, and solid steps for their vaccination are not visible.

Bilal Ahmed, a citizen in Peshawar, says there are a lot of Afghan refugees in his neighbourhood, but they could not get vaccination due to difficult registration process. He said unvaccinated people pose a threat to other people as well. More than half of the refugee population of Khyber Pakhtunkhwa is settled in Peshawar and they had to mix up with local population for daily activities.

Most of Afghan refugees who have received complete vaccination are those who had to travel abroad.

Syed Akbar, an Afghan refugee shopkeeper in Board Bazaar of Peshawar, told TNN that coronavirus has affected large and small businesses alike. However, he was also found unaware of the vaccination facility for refugees. He said he earlier thought that the facility is only for Pakistani citizens.

A refugee vendor in Board Bazaar, Zakaria, said propaganda against vaccination is also turning refugees away from it. The family of another refugee, Zainullah has got first dose of vaccination, but after mild fever to them, they are now reluctant to get the second dose. Zainullah said awareness must be created among refugees about the importance and benefits of vaccination.