PESHAWAR: Establishment of a hospital for treatment of drug addicts was not an easy task for Dr Parveen Azam Khan as besides financial constraints, she also faced pressure from drug mafia that didn’t want treatment of addicts for their vested ‘business’ interests.

Dr Parveen Azam, Chairperson of Dost Foundation in Hayatabad, Peshawar, said she decided to establish the institution for treatment of drug addicts in 1992 when she saw addicts, including women and children, in groups at Karkhano market, while three bodies of addicts were also lying there, but no one was even picking up those bodies.

Dr Parveen said she first arranged burial for the deceased addicts and then acquired help from some doctors and psychiatrists and shifted the addicts to a compound for their treatment and counseling. She said initially the drug addicts were cooperating with her, but one day all of them escaped and she came to know that drug mafia has taken them away. The addicts were told by drug mafia persons that doctors were keeping them in the compound for extracting their blood and steal their vital organs. 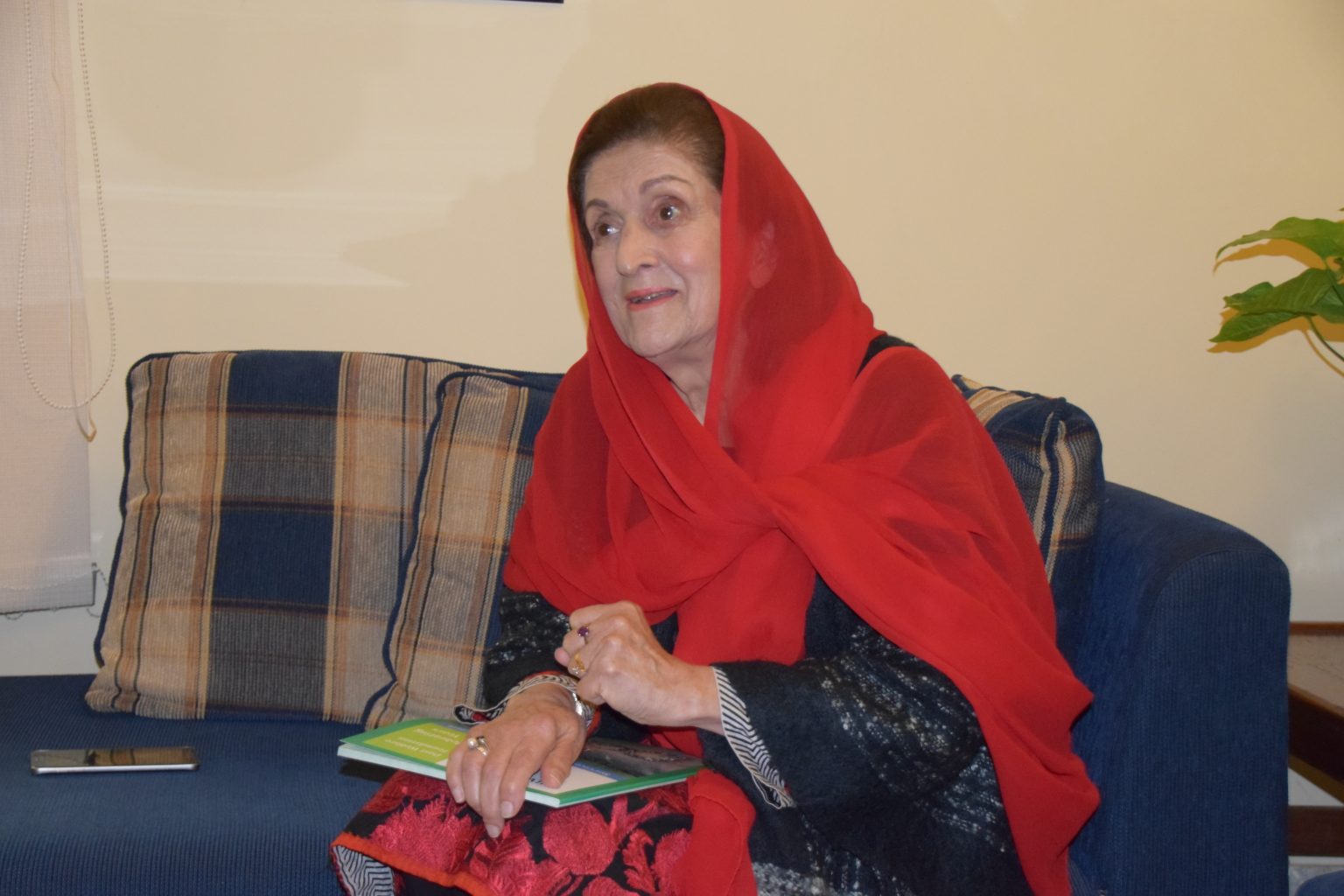 Dr Parveen said drug mafia people also attempted to kill her in an attack, but she was lucky to escape and she used the influence of her bureaucrat husband Azam Khan and family members to get the mafia members arrested again and continue treatment of addicts.

Dr Parveen belonged to Khanzada family of Attock. Former Interior Minister Shujaa Khanzada, who was martyred in a terrorist attack, was cousin of Dr Parveen. Her father Dost Muhammad Khanzada served as Chief Engineer in Peshawar.

Her mother told her to fulfill the dream of her father by working hard. she completed MBBS from Fatima Jinnah Medical College with the help of her mother and uncle and initiated a government job. However, during leprosy outbreak in the country, she also worked with different social institutions to control the disease.

Dr Parveen told TNN that when her husband, former chief secretary KP Azam Khan, was transferred to Peshawar, she decided to fulfill the mission of her father by opening a centre for treatment of drug addicts and established ‘Dost Foundation’ with the name of her father. She said when she got the drug mafia people arrested, she came to know after visiting the jail that some of them were drug addicts and they were in extremely bad condition. She said that with the help of her husband, she constructed separate barracks and washrooms for the addicts in the jail and also started their treatment.

Dr Parveen said Taliban were ruling Afghanistan when she established Dost Muhammad Foundation and they were concerned about increasing use of drugs in that country. She said the Taliban after coming to know about her institution sent a 10-member team led by their health minister for training for treatment of drug addicts. After getting 10-day training, the Taliban team returned and started treatment of drug addicts in their country.

Dr Parveen has donated most of her personal property for Dost Foundation. In Peshawar, her centre has been named ‘Sakoon Kor’ which means a centre for calm. Two centres, including the main centre are in Hayatabad, while one centre is at Warsak Road, Shahi Bala in Peshawar. Dost Foundation has also established two centres in Afghanistan for treatment of drug addicts. 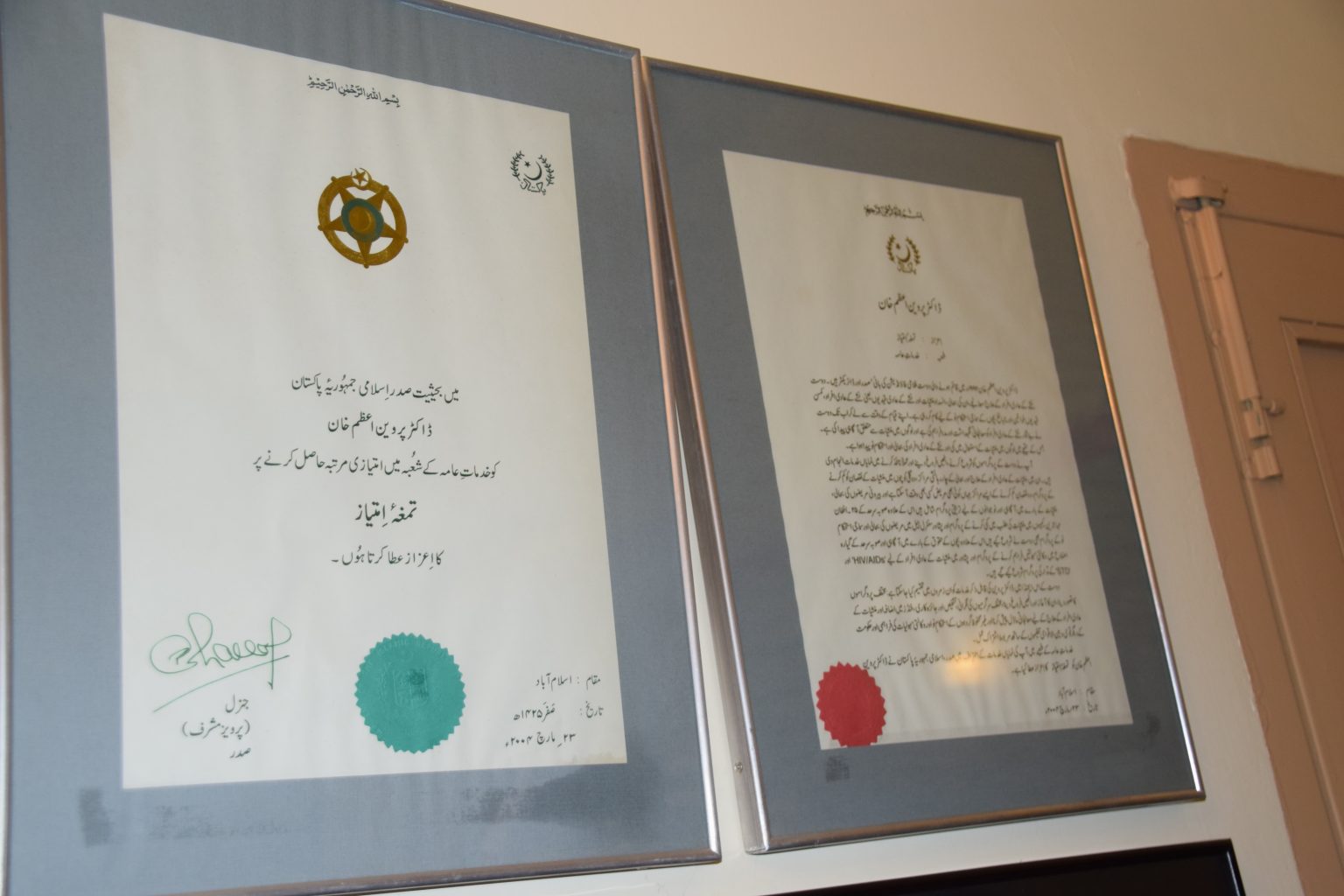 Dr Parveen said she also plans to establish a centre in her ancestral village Shad Khan in Attock, Punjab.

The 81-year-old courageous doctor has been conferred civil award by the United Nations in recognition of her services. The government of Pakistan has also awarded her Tamgha-e-Imtiaz. She is associated with 13 international organizations and always remains at the forefront in social activities.

She said foreign NGOs used to provide funds to her organization, but now these funds have reduced to a great extent due to which her organization is facing financial constraints.