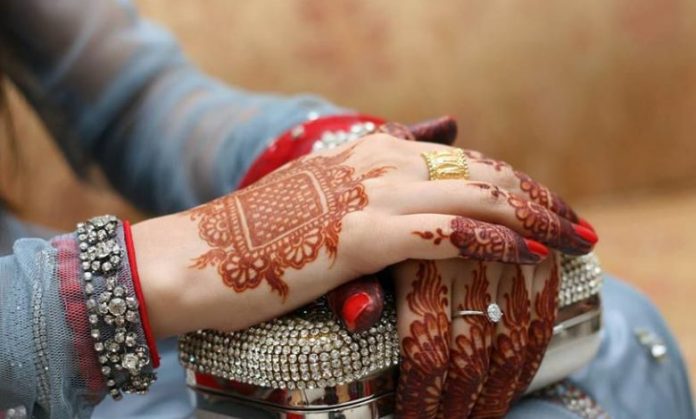 PESHAWAR: The practice of parents marrying their daughter off and tying her in a strong relationship with her husband has been followed since the beginning of history or even before that. It’s a dream of every girl’s parents to get their daughter married in a good and decent family where she can live happily and peacefully.

Parents want to get their children married during their lifetime so that they can start a family and live in peace. It’s a matter of common observation that if a man’s wife dies, he or his family try to get him married again whether he has kids from the previous wife or not. And it’s seen that still most of the men remarry sooner or later in case of wife’s death or separation due to any other reason. On the contrary, if a woman gets widowed, then let alone getting her re-married, nobody even tries to think about this possibility.

Whether a widow has children or not, even a mere thought of remarrying her is considered a crime in our society. Even though Islam allows us to remarry in an Islamic way because a woman is supported by a man and in the presence of a man, a woman does not face any problem. The concept behind getting married again is not only that the man would bring everything in the house and the woman would just stay carefree and would cook and clean all day long. The biggest thing for a woman is that when she’s married to a man, people do not dare to harass her in any way. No one can even dare to sneak a glance at such women, but who can explain all this to the people of the society.

There is a very beautiful and good woman who has four sons. When her husband passed away, despite being so young, she carried on living with her sons, not caring about her own future and security. Finally, she had to get married again after being fed up with the behaviour of her in-laws and finding no support from anywhere. But even then nobody wanted her to settle down in her new life. Even her family members conspired against her with connivance of her in-laws and made her get divorced. Now she’s living with her younger brother.

The sons, for whom she sacrificed everything, also left her and they no longer see their mother. Additionally, her elder brothers told her younger brother to leave their house and find another place if the sister stays with them.

If a woman is punished for remarrying this way, she will not find any place to live. People in society should understand that Islam gives both men and women the right to remarry. So why don’t these people understand that getting married is not a crime but in fact, it saves people from many sins. And anyway, if a man can get married again, then why can’t a widow?