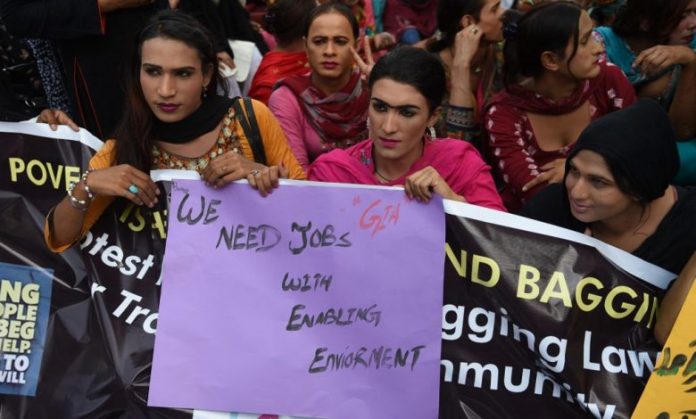 Jamaat Islami (JI) has moved a amendment in Senate calling for setting up a board to recommend gender reassignment, instead of someone seeking gender change on the basis of self-perceived identity.

The amendment to Transgender Persons (Protection of Rights) Act 2018 has been moved by the JI’s Senator Mushtaq Ahmed Khan.

However, transgender have rejected the proposed amendment.

JI’s KP amir Mushtaq Ahmed Khan told TNN that a clause in Transgender (Protection of Rights) Act 2018, allowing citizens to change their gender was dangerous one.

Over 28,000 have applied for sex reassignment in three years

JI’s provincial chief said that details shared with Senate in response to his questions show a total of 28, 727 people have applied for sex reassignment following the enactment of 2018 law. He said that 16530 persons have applied to change their sex from male to female while 15,154 females have applied reassigning their sex as male.

On the other hand, nine males have applied to change identity as transgender.

Interior ministry details showed that 21 transgender have applied to change their sexuality to male.

Mr Mushtaq termed these applications for sex reassignment worrying. He said that reason behind the surge in the application was permission to change one’s sex on basis of self-perceived identity instead of doing so through a board.

Mr Khan is of the opinion that sex reassignment on basis of self perceived identity will wreak havoc on inheritance laws and social values. “There is a chance that male reassigning her sex to female may exploit other females,” he said.

Also, a female who changes her sex to male, will carry males share in inheritance.

Is medical board necessary for sex reassignment?

Qamar Naseem, head of the Blue Veins, which works for the welfare of transgender that amendment moved in Senate will protect women’s privilege.

Mr Naseem said that Pakistan was among 12 countries, recognizing separate identity and legal status. “Countries that recognize transgender without medical examination and psychological tests is even less,” he said.

Mr Naseem was of the view transgender should be confirmed through a process even if it is not a condition of medical. He proposed that police and other organizations should be given power to conduct medical of relevant persons in case some suspicious arise.

Farzana Riaz, president KP Transgender Association rejected the proposal of setting up a medical board to determine transgender sexuality.

“If a medical board is necessary for determination of transgender identity, then why there was not a similar board for establishing male and female identity,” she said.

Ms Farzana said that transgender have a guru or leader in every district who can tell a transgender from male on the basis of their experience.

She said that about 1900 of their community members have beards and working as tableeghis across the country. “They are known as transgender and how we are going to ostracize them on the basis of a legal amendment,” she added.

Pakistani parliament passed Transgender (Protection of Rights) Act 2018 and this law provides for equal protection of transgender rights. The law is aimed at recognizing identity of all transgender living in the country. This law allows everyone to change his sex and the desired sex will be written on the his/her identity papers.