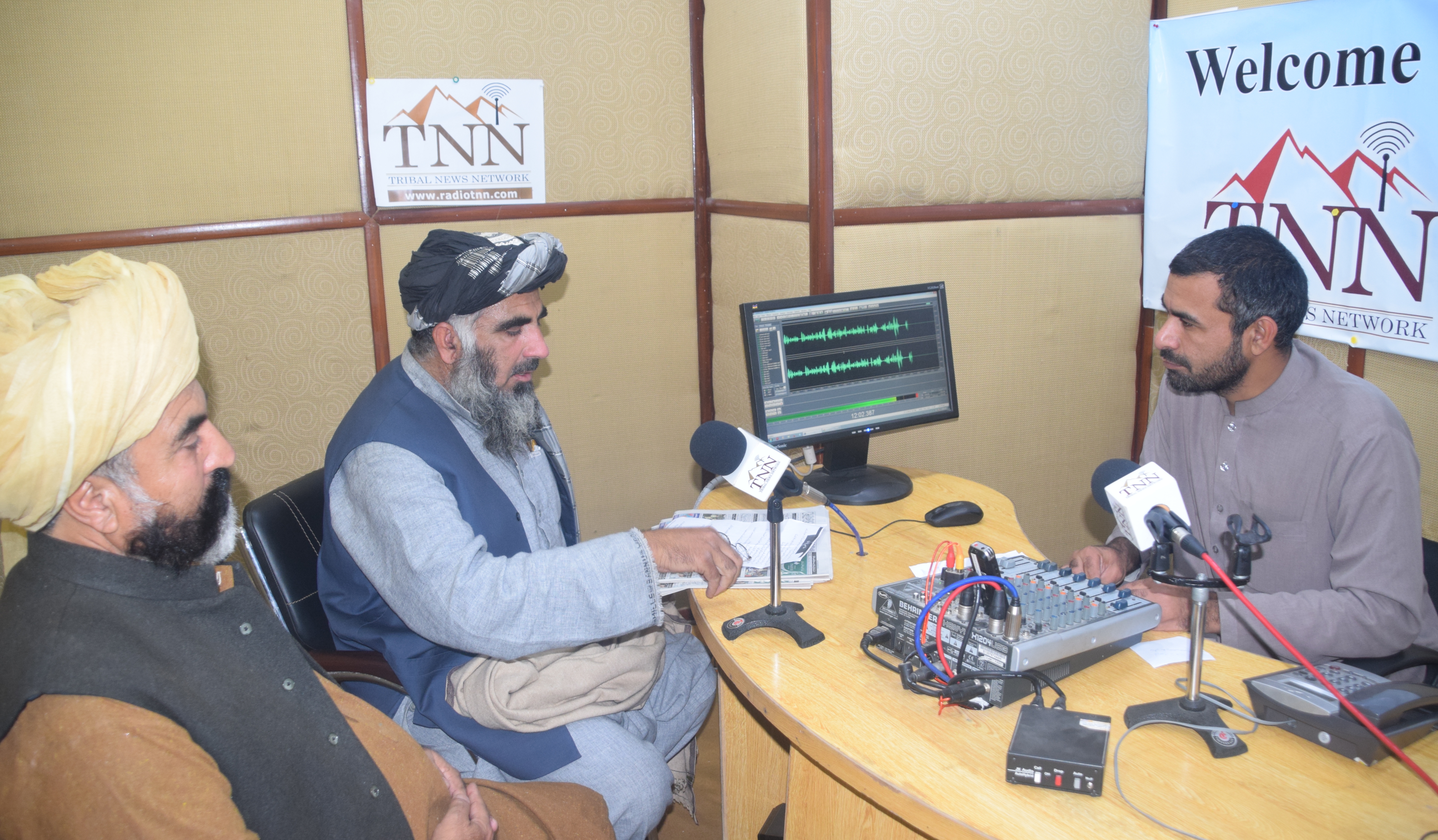 FATA Grand Jirga and Jamiat Ulema-e-Islam-Fazl (JUI-F) has announced to pursue movement for separate province. This announcement was made at a meeting of the Jirga members with JUI-F leaders at Nishtar Hall, Peshawar few days ago

Organiser of the Nishtar Hall Jirga Malik Attaullah Jan Mehsud and the JUI-F FATA ameer Mufti Abdul Shakoor considers establishment of FATA province a possible task and also considers it easier to designate a location for its capital. TNN conducted panel interviews with Malik Attaullah and Mufti Abdul Shakoor to know why they have chosen the option of making FATA an independent province.

TNN (from Malik Attaullah): What was the outcome of recent Jirga at the Nishtar Hall Jirga?

Malik Attaullah: The main purpose of arranging the Jirga was to demand a separate province. We will launch a movement for this purpose and we will not allow merger with KP at any cost. Retired bureaucrats, ambassadors, brigadiers and doctors attended our Jirga. Many people from Islamabad also attended the Jirga. We gave a clear message through this Jirga that the people of FATA want provincial status.

TNN (from Mufti Abdul Shakoor): The JUI-F supported FATA reforms on the condition of consultation with the tribal people. What prompted the JUI-F to join the movement for FATA province?

Mufti Abdul Shakoor: The JUI-F FATA chapter doesn’t accept anything other than a separate province. We are demanding separate province from day one and we have now joined this movement after consultations.

TNN: You have not consulted the people of FATA over the proposal of separate province. How can you consider your endeavours in this regard as democratic?

Mufti Abdul Shakoor: We are enjoying full support of the masses for this movement and our demand is also democratic. I have visited the tribal region and talked to different people. Only those people who themselves are not consulting FATA people about their future status are spreading such rumours. 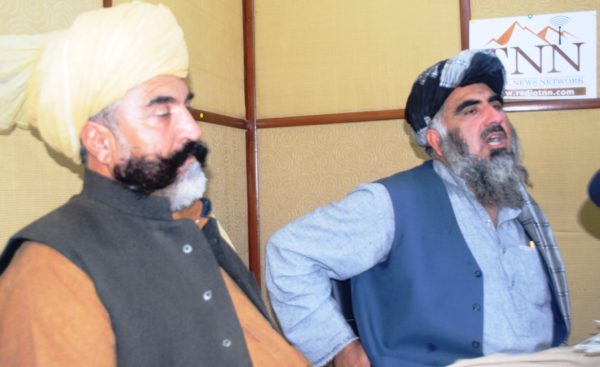 TNN (from Malik Attaullah): What will be your future strategy to carry forward this movement?

Malik Attaullah: We have started this movement since long. We arranged rallies in different tribal agencies from Waziristan to Bajaur. Committees will be formed in every tribal agency which will take the people into confidence over the issue. Massive rallies will be held in all agencies after that. We have contributed a lot to reforms process, but the government chose a wrong time for sending its committee to FATA. At that time no one was present in his area. I also went to a meeting of the committee, but they did not allow me to enter there. There were few students and lawyers who raised few slogans and then wrapped up the proceedings.

TNN: Who is funding this movement?

Malik Attaullah: We are collecting donations from all tribal agencies for this purpose. We collected donations for the Nishtar Hall and Islamabad meetings, and we will follow the same pattern to carry forward the movement. TNN has conducted panel interview with Malik Attuallah and Mufti Abdul Sha

TNN: You are associated with timber and steel business. So are you doing all your business inside FATA?

Malik Attaullah: Our business is spread throughout the country. Although we also had some business in FATA, but that is on a limited scale. We had spectacular business in Makeen area of North Waziristan and Bajaur Agency before displacement.

TNN (from Mufti Abdul Shakoor): The views of other religious parties like JUI-Samiul Haq group are different from your party on future of FATA. What will you say about it?

Mufti Abdul Shakoor: The politics of JUI-S revolves around one-point agenda of opposing Maulana Fazlur Rehman at every forum. The JUI-S cannot win a seat of an MNA, Senator, MPA or even a nazim in any part of the country.

TNN: What is the main difference between Pakhtuns and tribals?

Mufti Abdul Shakoor: There is a huge difference. Tribals are invincible, while Pakhtuns had been ruled by the British, Sikh and other rulers. The tribal people have their own traditions and they stand for these traditions very strongly.

TNN (from Malik Attaullah): Why are you not recognising the efforts of the tribal elders, youth and women? After all they are also the residents of FATA?

Malik Attaullah: The youth or women you are referring to are being used by conspirators. How it is possible for a woman in FATA to come out of her house without the permission of her husband. You can confirm it by visiting every home in FATA and not even a single woman will say she wants merger with KP. They will definitely demand a separate province. It is illogical that few lawyers will decide the future of FATA. 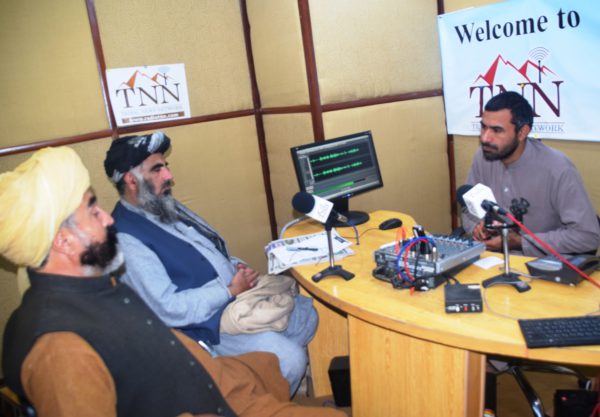 TNN (from Mufti Abdul Shakoor): You are opposing the merger, but if your demand of separate province was not accepted and FCR remained in its existing form then what will be your preferences?

Mufti Abdul Shakoor: It can’t be the same anymore. Movements are being launched for reforms and development process is also underway. FATA has been included in the CPEC network and a motorway will also be constructed from Bajaur to Waziristan.

TNN: Will you include your demand of separate province in your election manifesto if the issue was not resolved by the forthcoming general elections?

Mufti Abdul Shakoor: We have already included the demand of FATA province in our manifesto. We will run our election campaign on the demand of separate province.

TNN (from Malik Attaullah): How you will face the tribal people if your campaign resulted in no change in FCR?

Attaullah Mehsud: FCR has to go as people of FATA are well aware of their rights. The people who perform duty of watchmen during night time in our areas have realised now that we need to get our own province come what may.

Meanwhile, after the JI, the JUI-S has also started a movement for merger of FATA with KP. When TNN contacted the JUI-S spokesman Maulana Yousaf Shah and sought his opinion on the assertions made by the interview participants, he said he has come to conclusion after meeting people in different areas of FATA that majority of people want merger. He rejected the assertion of Mufti Abdul Shakoor that majority of tribal people want separate province. 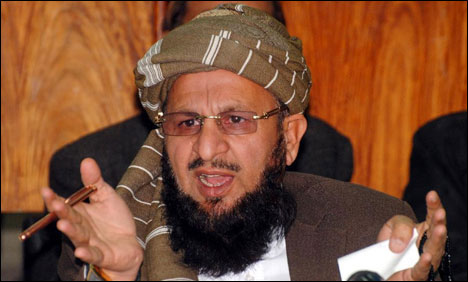 “We have started a movement for the merger. You must be aware of our visits to North Waziristan, South Waziristan and Khyber Agency. It is a fact that the demand of merger is being made from all tribal agencies. The JUI-F has only one seat in FATA and that too has been won with a small margin of 3,000 votes. All other FATA parliamentarians are supporting the merger. The FATA people know very well who is their well-wisher and which political party is sincere with them,” he said.