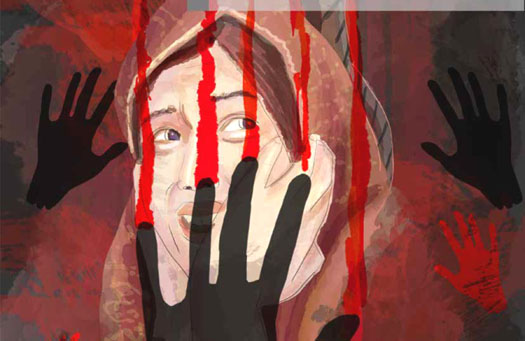 PESHAWAR: The issue of murder of two girls in North Waziristan in the name of honour after a video leak is getting coverage in the national and international media, but the local journalists and social activists are surprisingly silent over the issue.

The journalists and social workers of North Waziristan remain very active in highlighting injustices and problems on mainstream and social media, but it is not the case in the video scandal case. Although, local journalists reported the incident to their respective media outlets, but their social media accounts are silent over the issue. Same is the matter with the social activists who are tight-lipped over the incident.

A local journalist told TNN on condition of anonymity that there is a consensus among local journalists not to do anything which can potentially damage the peaceful atmosphere. He said there are two main tribes in North Waziristan – Mehsuds and Wazirs. He said if an issue related to honour occurs on any side, the journalists from other tribe refrain from speaking on the issue because it can potentially give rise to feud between the two tribes.

Journalists report the incident to their respective media institutions as a compulsion, but they request publication of news without byline and keep the issue low-profile. The issue of ‘honour’ is very sensitive which can give rise to tribal feud. In this regard, the local journalists gave an example of Kohistan video scandal in which nine people have lost their lives so far.

The local journalist rejected the impression that he area media persons and social activists are not speaking over the issue because they also believe in ‘honour’. He insisted that the issue came into the notice of the world after the local journalists reported it.

Rasool Dawar, another journalist from North Waziristan working in Peshawar, also stated that local journalists resist themselves from highlighting the issue because of fear of tribal tensions and fights. He said such incidents happen due to local traditions and failure of government machinery. He said the government institutions are not so strong in this area so people cannot come in open to raise voice against such incidents. He said education ratio in the area is very low and rivalries created on honour issues are very dangerous.

The video made in Garyum area of North Waziristan is circulating on social media for the last few months in which a boy is doing inappropriate acts with three girls. Police said a friend of the boy shared the video on social media which went viral within no time. Two girls in the video, who were cousins, have been shot dead allegedly by their cousin. Police said the incident has happened on Friday and the murderer has escaped. Four people, including brother of one girl and father of other deceased girl, have also been arrested.

The boy who made the video, Umar Ayaz has also been arrested, while third girl in the video is missing, but she is alive and police said saving her lives is priority. Police said details of the incident will be made public within two days.