MIRANSHAH: Prolonged power outages of 18 hours at the District Headquarters Hospital Miranshah, North Waziristan tribal district, have made the lives of patients and attendants miserable.

In this extreme hot weather, power supply remains disconnected to DHQ Miranshah, the main hospital in North Waziristan, for about 18 hours due to which many wards remain empty and people go back home after medical check-up and serious patients go to Peshawar or Bannu for treatment which is tiresome and expensive exercise.

Yousaf Khan, a local citizen who has admitted his son to Children Ward due to blood-related ailment, said while talking to TNN that the ward is empty due to lack of electricity in extreme hot weather.

Abdullah, attendant with another patient at ENT Ward, told TNN that the situation is worse at the hospital and no one takes notice of the poor state of affairs. He said patents and attendants had to use hand fans to protect them from mosquitos. He said some attendants have brought the solar-powered fans and batteries to hospital along with them to avoid scorching heat.

Patients in Surgical Ward are also seen lying in the corridors and in open ground due to lack of electricity. Hamid Khan, who had a surgery recently, told TNN that patients sleep outside the ward to have some relief, but mosquitos at the hospital don’t let them sleep. He said the government should ensure round the clock availability of alacrity at the hospital. 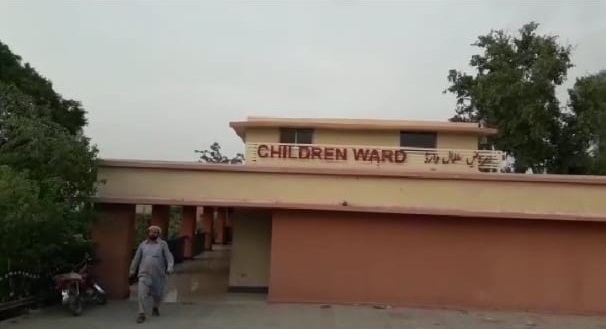 Medical Superintendent (MS) Dr Sultan Muhammad said while talking to TNN that DHQ Miranshah is considered second bet hospital in tribal districts due to its good performance. He said Miranshah Hospital has best Out Patient Department (OPD) and surgical facilities, but unfortunately Wapda is carrying out 18 hours load-shedding in the hospital. The MS said the hospital administration is facing many difficulties due to power outages and deputy commissioner, Pakistan Army and Wapda have been informed about the situation. He said round the clock electricity supply must be provided to the hospital.