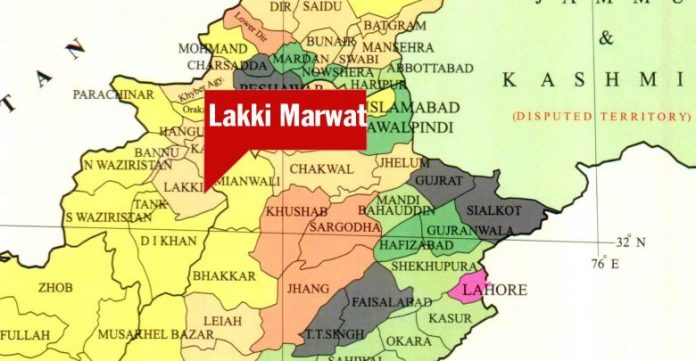 PESHAWAR: Khyber Pakhtunkhwa Minister for Social Welfare Hasham Inamullah, who hails from Lakki Marwat, has moved an application to the chief minister for changing the name of the district.

Hasham Inamullah Khan has listed reasons under which the name of Lakki Marwat must be changed. He has also attached a list of 18 districts which had their names changed.

The minister said ‘Lakki’ reminds of the time of slavery. He said the old name of Lakki Marwat was Thal Daman which means sandy area. He said Ranjeet Singh after occupying power gave Thal Daman to Hindu Deewan ‘Lakki Mal’ for Rs40,000 on lease after which the area came to be known as Lakki Marwat. 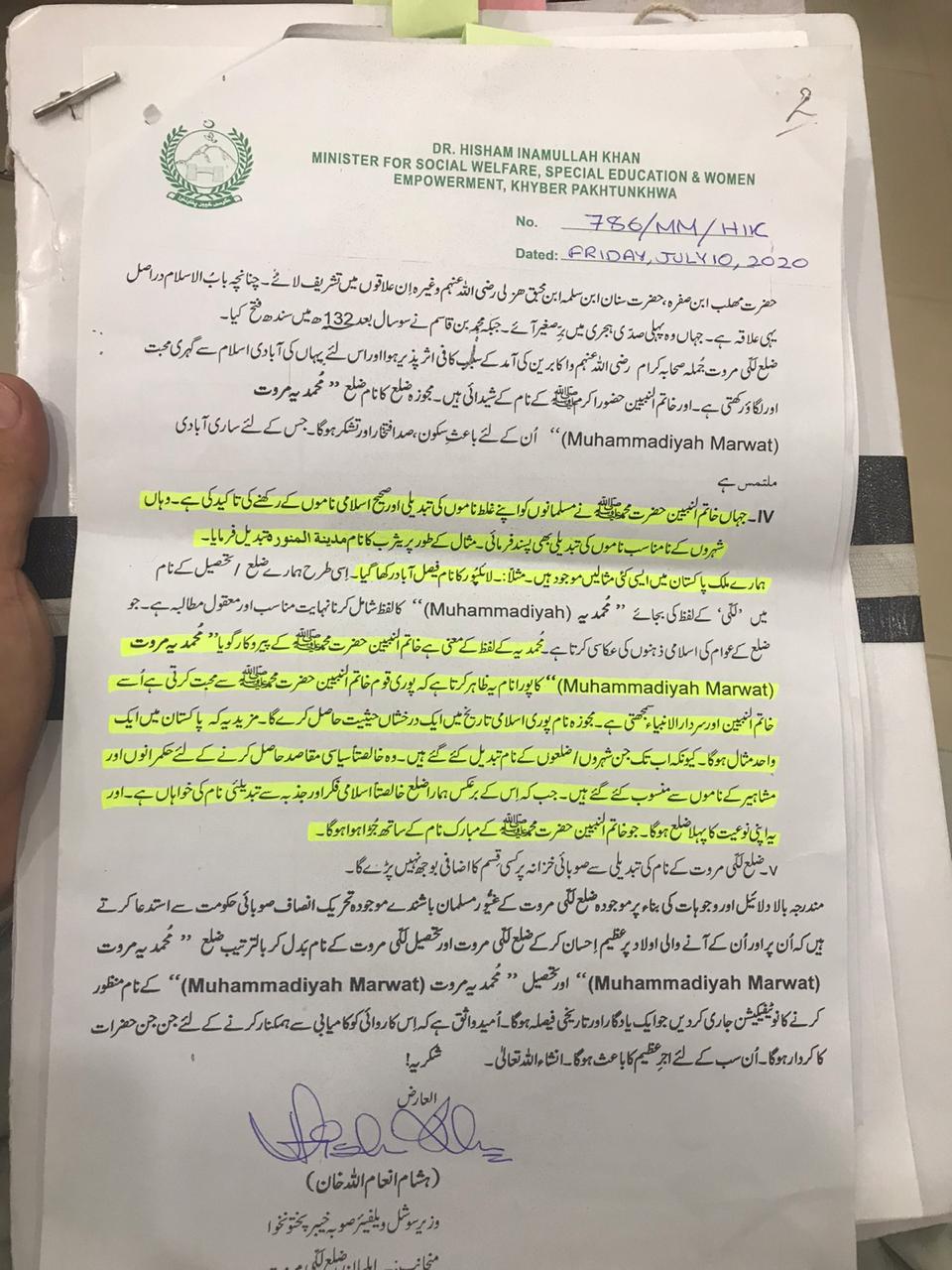 Fareedullah Menakhel, a subscriber of social media website Facebook, commented that the minister is acting like an emperor who has announced his decision without bothering to know the opinion of the area people.

The PML-N district workers have also strongly opposed the proposal, saying that it was former prime minister Nawaz Sharif who gave the status of district to Lakki Marwat in 1992 and no one can dare to change its name.

Another subscriber, Samar Gul Marwat, has said Lakki Marwat has a particular history. He said the name change won’t be accepted.

Anwar Siddique said on social media that people cannot be deceived by introducing Islamic names like Riasat-e-Madina. He was referring to the term often used by the prime minister as a model of the Pakistani system.

Samiullah Mujahid, the JUI-F district general secretary, said while talking to TNN that a member of provincial assembly doesn’t have the right to change the name of the entire district. He said the government should serve the masses according to Islamic teachings instead of deceiving masses with new names.

Liaquat Siyam, a local journalist, told TNN that about 90 percent people have rejected the proposal of Hasham Inamullah.

However, some people have suggested a referendum on the issue.