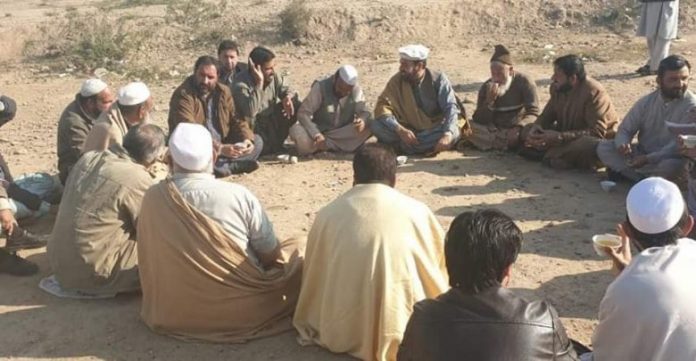 PESHAWAR: The civil society, lawyers and politicians, particularly the elected representatives, in the merged tribal districts are critical of the provincial government’s decision to adopt a separate procedure for formation of reconciliatory Jirgas at tehsil level by amending local government law of 2013.

TNN talked to the lawmakers from merged districts about the Alternate Dispute Resolution (ADR) rules and it was found during interviews that some lawmakers have even not bothered to read the draft of the new rules.

One such lawmaker is the JI MPA Sirajuddin Khan from Bajaur whose secretary excused from arranging interview of the MPA with TNN, saying that he is in Islamabad for some time and he has not studied the rules and the party also don’t have an official response over the matter so far. However, Sirajuddin is not alone who has not read the law as there are some other MPAs who read the law only after its passage from the KP Assembly.

The ADR rules have been implemented from December 26, 2019 and reconciliatory Jirgas have also been formed under these rules in Khyber and Mohmand tribal districts few days ago which will play role for resolving civil cases to reduce burden on courts. Critics of the law say it will bring back the old system of FCR under which a specific class got privileges and powers.

The JUI-F MPA from Kurram Muhammad Riaz Shaheen said while talking to TNN that the passage of ADR rules has proved that the tribal areas are still not merged with KP and merger was just a mockery with the people of erstwhile Fata. He said the JUI-F chief and rest of the party opposed the merger at every forum and all their apprehensions are proving true now. He said the deputy commissioners and assistant commissioners with the reconciliatory committees will rule the people in the same manner in which the political agents and assistant political agents ruled the people with the help of local privileged class and tribal maliks in the FCR system.

The JUI-F lawmaker said most of the members of Jirgas are hand-picked people of deputy commissioners and assistant commissioners and they are the same people who used to conduct Jirgas in the FCR era. He said these Jirga members are notorious for their biased and one-sided decisions.

Although names for the members of reconciliatory committees in Kurram have not been announced yet, but the JUI-F MPA alleged that the bureaucrats have already finalised list of their own choice without consultation with genuine tribal elders. He lamented that the tribal lawmakers are still powerless and they are kept in the dark about legislation about their own areas.

The Balochistan Awami Party (BAP) MPA Shafiq Sher Afridi agrees with Muhammad Riaz that tribal lawmakers are not consulted in important legislation about their areas. He said the situation could have been different had the government taken 21 lawmakers from tribal districts into confidence over bills regarding mineral resources, Khassadars and Levies and ADR rules.

Shafiq Sher Afridi said the members of Jirgas should have been finalised after consultations with lawmakers, tribal elders and other stakeholders, but it did not happen and decision was imposed on tribal people. He said not only the allies, but the PTI’s own MPAs are complaining that they are being pushed against the wall and their complaints with the chief minister are going unnoticed.

The PTI MNA Iqbal Afridi told TNN that decisions on land disputes in merged districts are not possible in courts as there is no land record of ownership in these areas. Therefore, he said, Jirgas will have to resolve these disputes. However, he said the manner in which the Jirgas are being constituted is objectionable and the tribal population is not happy over this development.

Iqbal Afridi said he is personally opposed to the law and he in in constant contact with the chief minister for changes in the law. He said several people are also expected to approach the court against the law as they are not prepared to compromise on their rights.

The ANP MPA Nisar Mohmand said Jirga is a prestigious institution, but the manner in which the ADR Jirgas are being formed tantamount to insulting this institution. He said these Jirga members, who are even not aware about the basic rules of reconciliation, will further complicate the issues instead of resolving them.

The ANP lawmaker alleged that the deputy commissioner has included novices and corrupt people in the Jirga in Mohmand district who can easily be manipulated for delivering decisions according to the choice of powerful elite. He said giving absolute judicial powers to deputy commissioner in the ADR rules is beyond comprehension.

Former federal minister Hameedullah Jan Afridi, who is known for staunch opposition to merger, said the government has finally admitted that the land dispute cases of tribal districts are unlikely to be decided in courts due to unavailability of land record. He said those who were strict opponents of Jirga system are now running from pillar to post to get membership of new Jirgas. He said the members of reconciliatory Jirgas should have been elected by local tribal elders instead of bureaucrats.

Other side of picture

A deputy commissioner in a tribal district, when contacted, told TNN that currently there is an administrative void in merged districts as police system is not fully implemented and cases are not being registered due to which courts are also not functioning.

Wishing anonymity, he said still many police officers are not willing to perform duties in merged districts. In the given situation, he said, the government was left with no other option but to bring the ADR system to keep the system going in merged districts. He said the ADR Jirgas have proper legal status and their decisions will have full legal cover.

The deputy commissioner said the Jirga members have been selected on the basis of experience and influence in the society after thorough research. He said those who could not manage to adjust their own people in the Jirgas have now started opposition to the Jirgas.