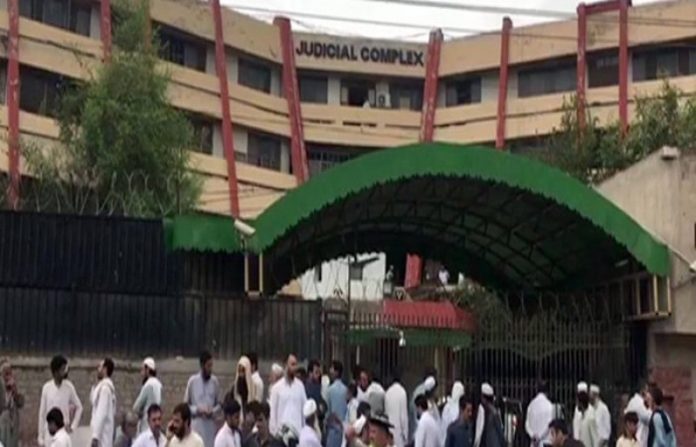 PESHAWAR: A woman has filed a petition in sessions court, with powers of Justice of Peace, on Saturday saying that her husband has sold her haq Mahr – jewellery and 3 marla home – without her permission and also not willing to support her financially.

The petition was filed through lawyer Saifullah Ullah Mohib Kakakhel. The additional sessions judge Shahzad Akhunzada after hearing the initial arguments of the lawyer directed the police to submit reply in the case and explain why they aren’t registering her FIR against the accused under the law.

The plaintiff R* is a resident of Nothia area in Peshawar. In her petition, she said that she has first file application with Gul Abad police station but in-spite of registering her case, the police referred her to the university police station as her husband is working as a guard in the university campus.

She added that her husband has sold her 10 tola jewellery and 3 Marla home and remains absent from home for months. She accused her husband of not providing his wife and her children any financial support. She informed that court that her husband is working as a guard in Peshawar University and later on she came to know that he is living in boys hostel in university.

“I have submitted a number of applications but the police are not paying any attention to her requests,” said the petitioner. She also alleged that high officials of the university are supporting him and whenever she files a request for action against him, they protect him from the police.

It is pertinent to mention here that under the KP Women ownership right act of 2012 punishment for selling wife haq Mahr without her permission is up to 5 years. But the lawyer Saifullah Mohibul Kakakhel said the media that so for very few cases has been registered in the court in this regard.

The court after that hearing the arguments asked the police to submit reply in the case till next hearing of the case.

*Name has been changed to protect the family’s privacy.