TNN (from Naheed Afridi): What was the background, aim and objective of the event organised by Takra Qabaili Khwendo.

Naheed Afridi: We had conducted a research based on interviews with people from different walks of life about FATA reforms. It was followed by the function to give people a platform to express their opinion on the issue freely. The main points of agreement and disagreement were determined at the event. Debate was arranged on points of differences, while way forward was devised on points of agreement.

TNN (from Ijaz Shinwari): What is your opinion about the efforts of FATA women about the future of the tribal region?

Ijaz Shinwari: The endeavour of tribal women for consensus on FATA reforms was commendable for which they deserve appreciation. The JUI-F also participated in the meeting and our party will also attend all such meetings and extend cooperation in future. We will support anyone who works for uniting the FATA people. We have invited political parties of FATA on this issue earlier and once again from the platform of TNN I will like to invite all the parties to sit with us and discuss this issue. We are of the opinion that the tribal region has been neglected in the past. This treatment must come to an end now and we all should sit together to find a way out. Some people are staging sit-ins, while others are staging rallies. There is not a single supporter of FCR and everyone wants rights for FATA people. No one wants injustice with the FATA people.

TNN: Which kind of meeting was arranged by your party to create consensus and what was its outcome?

Mufti Ijaz: We invited the political alliance to sit with us if they want to change the condition of FATA. They came to our meeting and we discussed the issue in detail, but they did not contact us after that meeting. We are of the view that it is better to discuss the issue of our home (FATA) in our own area before discussing it in the Parliament.

TNN (from Hukam Khan): How far the tribal women remained successful in their effort of creating consensus on FATA reforms?

Hukam Khan: We welcome the efforts of tribal women. Eighty percent population of FATA wants separate province. As far as I know, KP cannot bear our burden. However, change is inevitable in FATA and status quo will come to an end. The change must come through the power of vote.

TNN (from Naheed Afridi): Few facts surfaced in the meeting which were quite new for you. Will this be right to conclude that you agreed to some points which you opposed earlier?

Naheed Afridi: It was a very difficult task as both sides had very strong arguments. Both the proponents of merger and separate province were very strong in their conviction and we thought that none of them was wrong. The major point of agreement was abolition of the FCR. All the parties want development in FATA and steps for local bodies polls. They also support increasing women representation in FATA. However, no group could provide proof that 80 percent people support merger and 20 percent support separate province. These are just claims and nothing else. It would be better for all of them to sit together and avoid doubting intentions of others as there are many points on which the tribal people can agree. Parliament is the supreme institution in any democratic society, therefore, this issue must also be decided in the Parliament. The process will not reach its logical conclusion if we tried to decide the matters on roads. The FATA people will be the ultimate sufferers of any stalemate in the reforms process. Mufti Abdul Shakoor had complained that we had invited more pro-merger people to the meeting and the representation of supporters of separate province was low. We told him that we had invited all the parties and thanked those who attended the event. It is not our fault that some people did not attend our event. 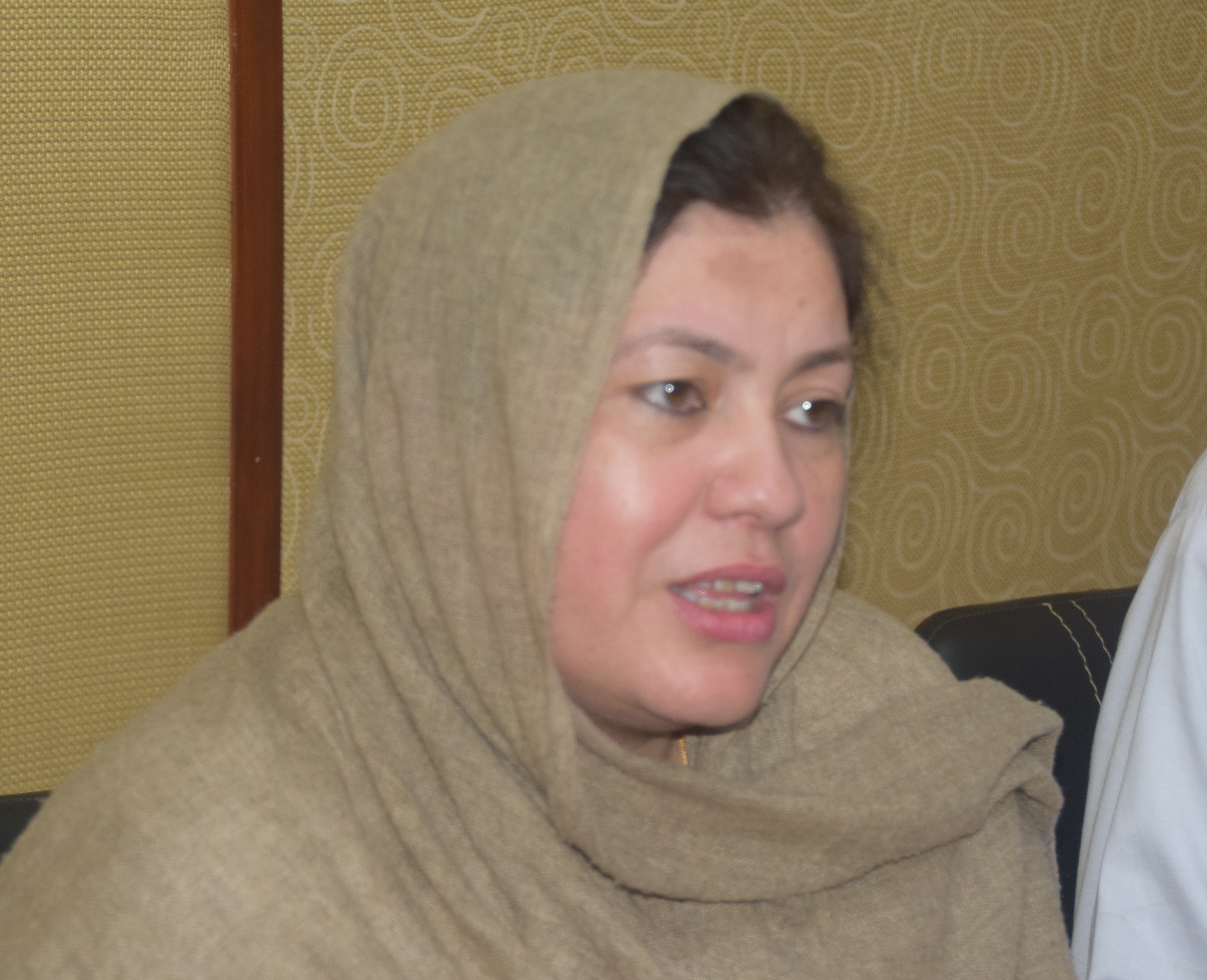 TNN (from Mufti Ijaz): Naheed Afridi says it is difficult to take a final call after hearing arguments from both sides. What can be the possible points on which the FATA people can develop consensus?

Mufti Ijaz: As a tribal person, I can clearly state that we cannot accept the police, judicial and patwar system of KP here. The FATA people are not used to police and tax system which are basic ingredients of merger. Parliament is supreme institution, but I believe that referendum should be held to change the hundred years old system in FATA. It is a common established practice throughout the world. At the same time, I will like to taunt my tribal brothers that what is wrong with them that they are running away from talks. Tribal women are stepping up after the brothers have disappointed them. It should be a matter of grave concern for the tribal lawmakers and political elite that they are failing and our tribal sisters are working for consensus. 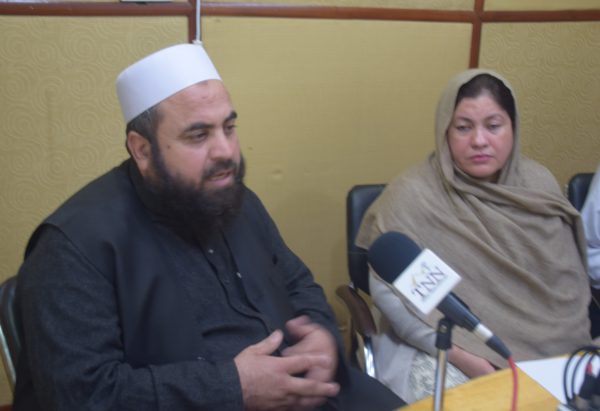 TNN (Hukam Khan): FATA people oppose police and patwar system. How the system will operate in case of creation of a separate province?

Hukam Khan: We will be under full control of the administration in case of creation of FATA province. There will be a lot of job opportunities and even the stones of FATA will turn into gold. However, in case of merger, the stones will remain stones and gold will be taken away by the province. We are fed up with the police and patwar system in KP. How can we tolerate this system in FATA.

TNN (from Naheed Afridi): Have you planned more such programmes or this was the first and last event from our tribal sisters to bring consensus on the issue of FATA reforms?

Naheed Afridi: We will definitely take forward our mission and see what are the points of agreement. As far as the issue of police stations is concerned, I will like to inquire from them whether police stations will not be established in FATA if the tribal region gets the status of a separate province. Will there be no patwar system in FATA province? What guarantees do they have in this regard? Do they have any mechanism to curb corruption? We cannot bring angels to end corruption in the tribal areas. There is a proper system in KP which will also work in FATA. Our elders are also talking about autonomy, so I will ask which powers do they have currently? Many people even don’t recognise the rights of FATA people. The talk about referendum is also justified as FATA people should be consulted about their future. However, if we see the history of referendums in Pakistan, these are often controversial. I am personally in favour of the merger and differ in my political views with my these two brothers. However, we should talk more on the issue. Either they will finally convince us on their point of view or we will convince them.

TNN (Hukam Khan): Tribal elders are resolving disputes through Jirgas. Now tribal women are making efforts for bringing consensus on FATA reforms. Don’t you think that the elders should also contribute towards these efforts?

Hukam Khan: Inshallah, we will do whatever we can and we will move forward the efforts of our tribal sisters.

TNN (from Naheed Afridi): Is there any hope that you will eventually succeed in your efforts to bring consensus on FATA reforms?

Naheed Afridi: We are very hopeful that our effort will bear fruit. We will also arrange more gatherings to resolve the issue.