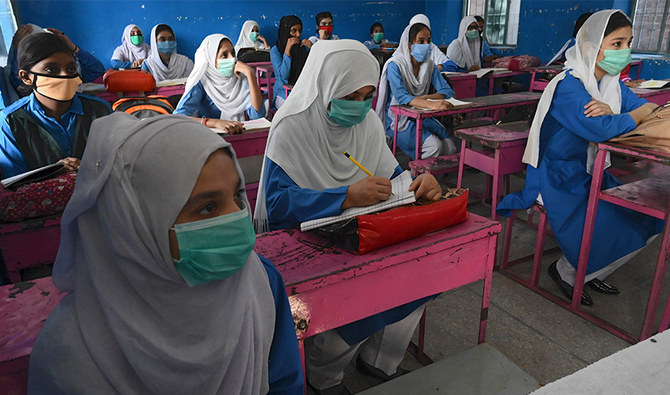 The third wave of the CoronaVirus epidemic has not only claimed many lives in Pakistan but has also put a break to the way of life of countless people.

In response to the global pandemic and the sensitivity of the current situation, the government has announced to close down all educational institutions for an indefinite period.

Earlier led by the Federal Minister for Education, Shafqat Mehmood, a meeting of education ministers of the four provinces has reviewed the situation of coronavirus across the country and decided to close all schools except high and higher secondary schools due to matric and intermediate exams, in the affected districts. But now all schools will remain closed which will badly affect the preparations of Matric and intermediate level students for upcoming exams that are yet to be postponed.

For the past year, educational institutions have been partially closed due to the corona epidemic, which has caused severe damage to students.

According to the A-Declaration, a renowned NGO working for children’s rights in Pakistan, nine million children have dropped out of school due to the corona epidemic in Pakistan, most of whom have been forced to work hard to support their families.

If we look at the countries that were badly affected by the corona epidemic, such as China, Italy and the United Kingdom, these countries did not close down their educational institutions even with having coronavirus at its peak and had continued to educate their children with great care and precautions.

It is one of the traits of the developed countries that they do not allow access to education to be blocked, no matter what the conditions are.

Our neighboring country China did not close the doors of education even in the most difficult of crises but rather continued educating children with the utmost responsibility and care. Thus, instead of falling prey to the loss of education, they faced these difficult situations with great precautions and made the whole situation under control. No doubt today China falls in the category of those countries that overcame the corona epidemic in a relatively short period of time.

On the flip side, if we look at the consequences of the closure of educational institutions throughout the year, the children have suffered an irremediable loss in the field of education because whenever a nation closes its doors to education, it goes decades back in the field of development.

For those children who barely have any access to educational facilities or online education, the current situation is nothing short of a torment.

One of the worth considering points here is that it has always been the misfortune of our nation that despite 74 years of independence, our educational institutions have not reached the level that is in the developed countries.

Here, whenever the situation gets a little worse, the education institutes are the first ones to fall prey to it. Sometimes educational institutions are targeted in the name of terrorism. And sometimes we close schools on the pretext of containing coronavirus as well celebrating Labor Day, Iqbal Day, and other times Kashmir Day. We close the educational institutions every other day for one reason or another, which has a totally negative impact on children’s education.

One would think that a year or two would not be a good omen for the children and the future of Pakistan. It will push the nation to such a dark phase that getting out of it would not only be impossible but would also take years to come. This would end up making us lag in the long run of development from other countries, to such an extent, that the maintenance of our own identity would become extremely difficult.

If we turn the pages of history, we will find that as long as the Muslims had a desire to acquire knowledge and the rulers tried to provide every possible facility to the students who were interested in knowledge, the same students became the leading scientists and scholars of that time.

The decline of the Muslims began when the oppressive king Genghis Khan invaded Baghdad and threw the largest library of that time into the Tigris River.

It’s high time for our rulers to understand that no matter what the circumstances are, instead of the closure of educational institutions, try to get rid of the problems following better precautions. Otherwise, chances are you may lose the tad amount of progress you have made.