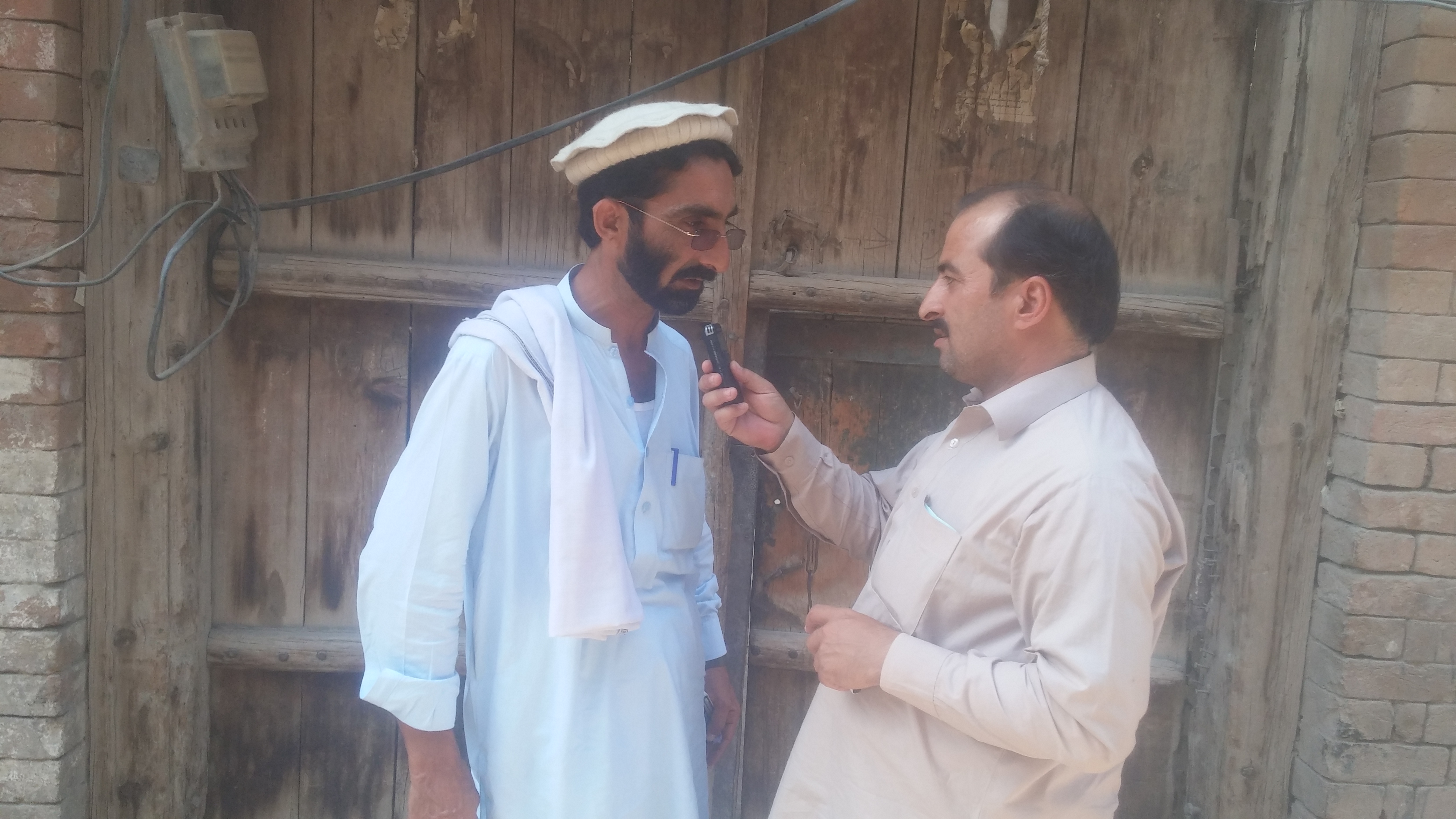 As per the numbers of FDMA, more than 82,000 families were displaced from their homes after the launch of Operation Zarb-e-Azb in North Waziristan. Out of these registered families, about 60,000 families have been sent to their homes. But due to inadequate arrangements by the government, the returned tribesmen are facing numerous problems.

Most of the tribesmen are worried about their demolished houses as they see no hope to reconstruct it in near future. They have been complaining that though winter has already started, yet they have not been paid the compensation amount for the reconstruction of the destroyed houses.

Most parts of the North Waziristan agency remain in grip of severe cold weather during winter forcing the local inhabitants to remain indoor. In summer, the tribesmen collect firewood from the nearby hills and stock them for the winter season besides using it as fuel for cooking purposes. Since there is extreme cold weather in winter, the usage of firewood increases as the tribal people burn it as fuel to keep themselves warm.

Tribesmen say it is extremely difficult to live in a demolished house in complete dark and severe cold weather. “We face great difficulties in winter particularly when there is snowing. We also have electricity in our area,” says Humayun Khan, a member of the Madi Khel tribe.

A tribesman Sarbardar who hails from the Tal Kaleem area of North Waziristan tells TNN that majority of the tribesmen whose houses are demolished have set up makeshift tent homes for their residence. He maintains that large number of people prefer to go back to Bannu because their houses are demolishes and it is almost impossible to live in a tent in the chilling weather.

The government must extend full cooperation to the poor and needy tribesmen and provide them shelter because raising houses again is next to impossible in winter.

Aziz Dawar, who has been appointed by the Fata Secretariat for the supervision of survey of the damaged houses, informs TNN that the process of assessing damages is underway. He adds that more than nine million rupees have already been distributed among as many as 400 tribesmen as compensation for their damaged houses.

Dawar further adds that the government has also released another Rs190 million which will soon be disbursed among 800 affectees, saying the government has been asked to further release Rs 100 million as about 500 tribesmen are still waiting for the compensation amount.

Dawar vows that the process of giving compensation amount will continue till the completion of the damages assessment surveys.

According to statistics provided by the FDMA, out of the total 71,000 displaced families from the South Waziristan Agency, so far 33,000 families have been sent to their homes. However, these returned tribesmen too facing difficulties due to unavailability of proper facilities. 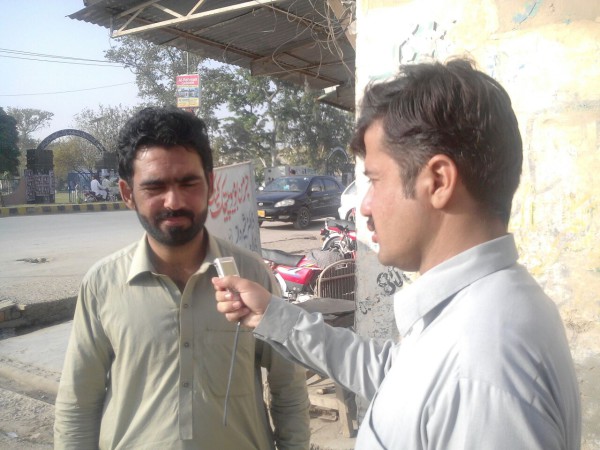 Political agent Muhammad Shoaib says that as many as 14,200 damaged houses have been identified during the three phases of assessment. He adds that about 5000 families have already be given the compensation amount while the rest are under process.

The tribesmen however complain that there is nobody to take care of them. Mansoor Ahmad, who belongs to Roja Khwar area in South Waziristan, says they have lost everything they had. The government needs to complete the survey with transparency so that the affected tribesmen are properly compensated.

Noor Hassan, who hails from the Ladha tehsil and recently returned to his home, tells TNN that he is planning to migrate again because he has no resources to protect his family from the freezing cold.

“Poor people can’t afford to live in settled areas due to high expenses and that is why large number of them happily returned to their homes. But due to extreme cold, it is also unbearable to live here,” Hassan remarks.

Ameer Kalam, another tribesman says he moved back his family to DI Khan because their houses were totally collapsed. Kalam urges the government to provide financial compensation to the tribesmen.

Amjad Burki, a resident of Kanigaram area says their problems have increased manifolds due to the winter season. On one hand, we are short of warm cloths, quilts and blankets, while on the other, there is also acute shortage of drinking water.

The situation is not different in the mountainous and remote Tirah valley of Khyber Agency where the tribesmen are worried about their damaged houses. The tribesmen say that they have no resources to spend the chilling cold days as their houses are completely destroyed. 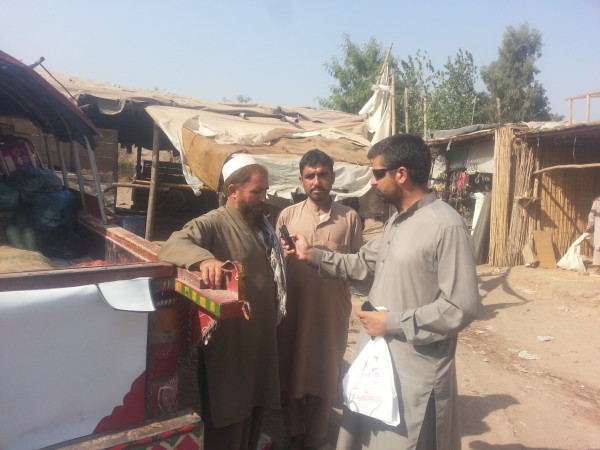 Large number of the tribesmen have shifted their families to Bara tehsil of the agency because they have no houses to spend the winter season.

Haji Saleem Khan, who hails from the Shalobar tribe says that 90 percent houses only in Bara tehsil are completely damaged and they are inappropriate for living.

“We do not understand how to cope with the situation. Should we build our houses or feed the family,” he questions.

He urges the government to provide them compensation amount as early as possible so that they can start their normal living again.

Morcha Khan from the Malik Din Khel says that the partially damaged houses have collapsed due to rains and storms. He says people have no option but to spend the winter in caves. 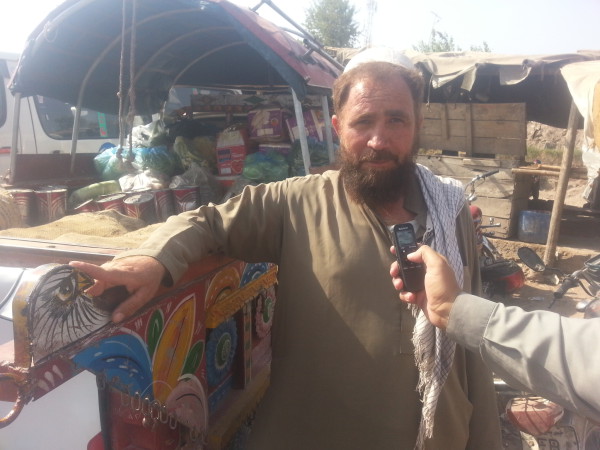 Aftab from the Takhtaki area of Tirah valley says though the government has announced their repatriation but he will prefer to stay in Bazgarah area of tehsil Bara. He says it is almost impossible to live or build house in winter because there is continuous snowing in his native village.

Officials admit they feel the miseries of the returned tribesmen. They say that about 20,000 damaged houses in Tirah valley and Bara tehsil have been surveyed and the Fata Secretariat has been asked to release the amount for onward disbursement among the tribesmen.

The administration says that the process of survey will continue in those areas which were not included in the previous rounds.

In Orakzai agency, out of the total 36,000 displaced families, so far 27,000 families have returned to their hometowns. The repatriation of Aakhel, Mulla Khel and Ali Khel tribesmen is in progress.

The grievances of the tribesmen sent to their homes are almost the same as that of the people of other tribal agencies. They say that since their houses are completely damaged, they have no place to live. The government has also not provided them winter-proof tents so that they can protect themselves from the effects of the harsh weather. 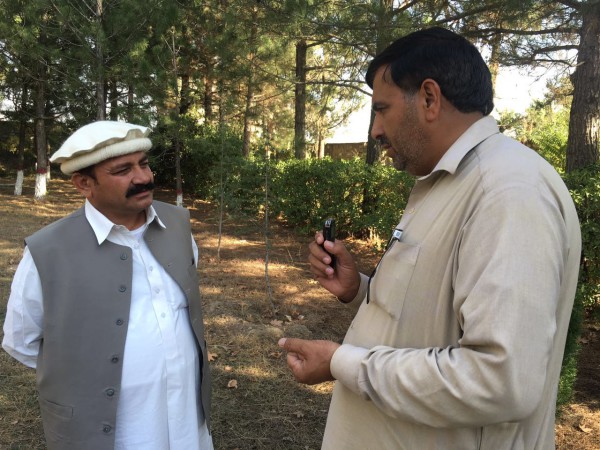 Khadi Khan from the Ali Khel tribe of Orakzai agency tells TNN that it would have been better had they been sent back to their homes in summer. He says that the tribesmen also face difficulties in getting edibles and other daily use items due to closure of shops and commercial markets.

“Since it is winter and snowing, we cannot reconstruct our demolished houses. Besides, we have no other facilities to protect ourselves from the harshness of the weather.

Feroz Ali and Shaid Ali also express excitement over their return to hometowns. They say that majority of the houses in Orakzai agency are demolished and neither the government nor any humanitarian organization offer them any kind of financial assistance to resurrect. They are also annoyed that the government announced compensation for the affected tribesmen but yet to release the money.

Sabir Ali, who belongs to Ali Khel area, says that he along with his other family members spent about a month in the village mosque because their house was not fit for living. “Now we have decided to go back to Kohat,” a dejected Ali says.

The tribesmen of Kurram Agency are also complaining about the same problems. Muhammad Rauf, a resident of Central Kurram Agency says that living in tents is impossible in this harsh weather. He says the fierce winds usually uproot their tents and sometime tear apart the shelter.

Ghazni Gul complains that neither the government nor the humanitarian organizations fulfill their pledges they have made with the displaced tribesmen.

The womenfolk of the two tribal agencies are also unhappy over their ‘untimely’ return to their homes. They say that the severe cold weather is badly affecting lives particularly the children. 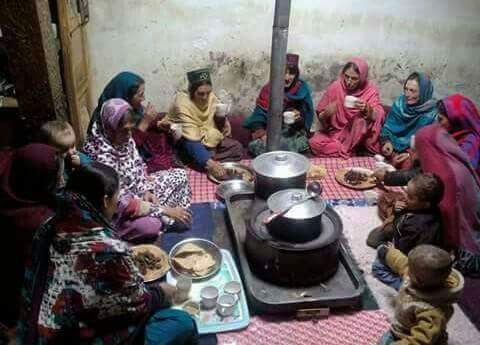 The political authorities are of the view that surveys about the damaged houses are being carried out in different parts of the agency. They say that once the survey process is completed, the provision of compensation amount to the owners of the affected houses will begin.

Mehtabullah Mehsud, who works as Planning Officer in the administration of Kurram Agency, says that the government wants to provide every possible help to the recently returned tribesmen. He hopes that the provision of compensation amount to the affected tribesmen will soon begin.

This article has been taken from Radio TNN magazine program “Da Manzal Pa Lor”, which discusses the problems being faced by the displaced people of Fata and other matter related to their rehabilitation.  The programme was produced by TNN producers “Shan Muhammad” and “Abdul Qayum Afridi” which is broadcasted from six FM radio channels in Fata and Khyber Pakhtunkhwa