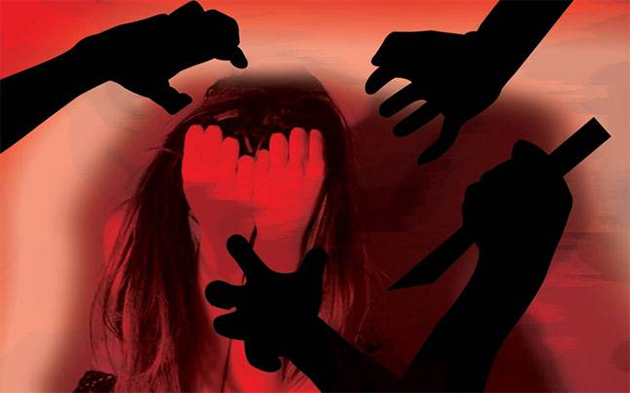 PESHAWAR: After seeing the video of Professor Salahuddin, former vice chairman of Linguistics Department of Gomal University Dera Ismail Khan, I am compelled to think that whether a girl is so weak than any stranger can come close to her and act indecently?

No doubt woman is a delicate commodity, but if she is so weak as the video shoes then she must not come out of home at all. Education makes a woman stronger and enables her to differentiate between right and wrong and stop any wrongdoing. After seeing the video, I am at wits end what is the compulsion, which forces a woman to allow someone act irresponsibly with her. If someone has to act like this to get good grades in the exam, then failure is a much better option.

Such women have made these savages so strong that they act with impunity while harming the dignity and innocence of women. Women must understand that they are powerful and they have their father, brother, husband or son who make them further powerful against harassers.

In case a woman is facing harassment anywhere, she must discuss the issue with male members of the family. No one must consider woman weak as Almighty Allah has given a lot of power to her. If a woman knows how to use her power, then no person can dare to harass her for his unethical goals.

It is also the responsibility of the male members of the family to give confidence to women to discuss important issue of harassment with them and help them in case of any such situation. Families must keep in touch with teachers and also keep a watch on girls to ensure their proper development at educational institutions and protect them from harassment and black-mailing.

Some women don’t discuss the harassment incidents at home due to fear of being deprived of education or other adverse reaction from family. The family members must listen to girls and trust them to protect them from negative elements. A woman cannot be so weak as is shown in the video. She cannot allow anyone to damage her innocence and chastity so easily.

People like Salahuddin draw their power from the fear of students. If a woman is aware of her power, then people like Salahuddin cannot even imagine about harassment or indecent acts. Women must go to every extent to protect their dignity. Salahuddin has been expelled from the university, but thousands of people like him are roaming everywhere. Women must expose such people so that other women are saved from such a situation. Harassment is nothing if a woman realizes the potential of her power.