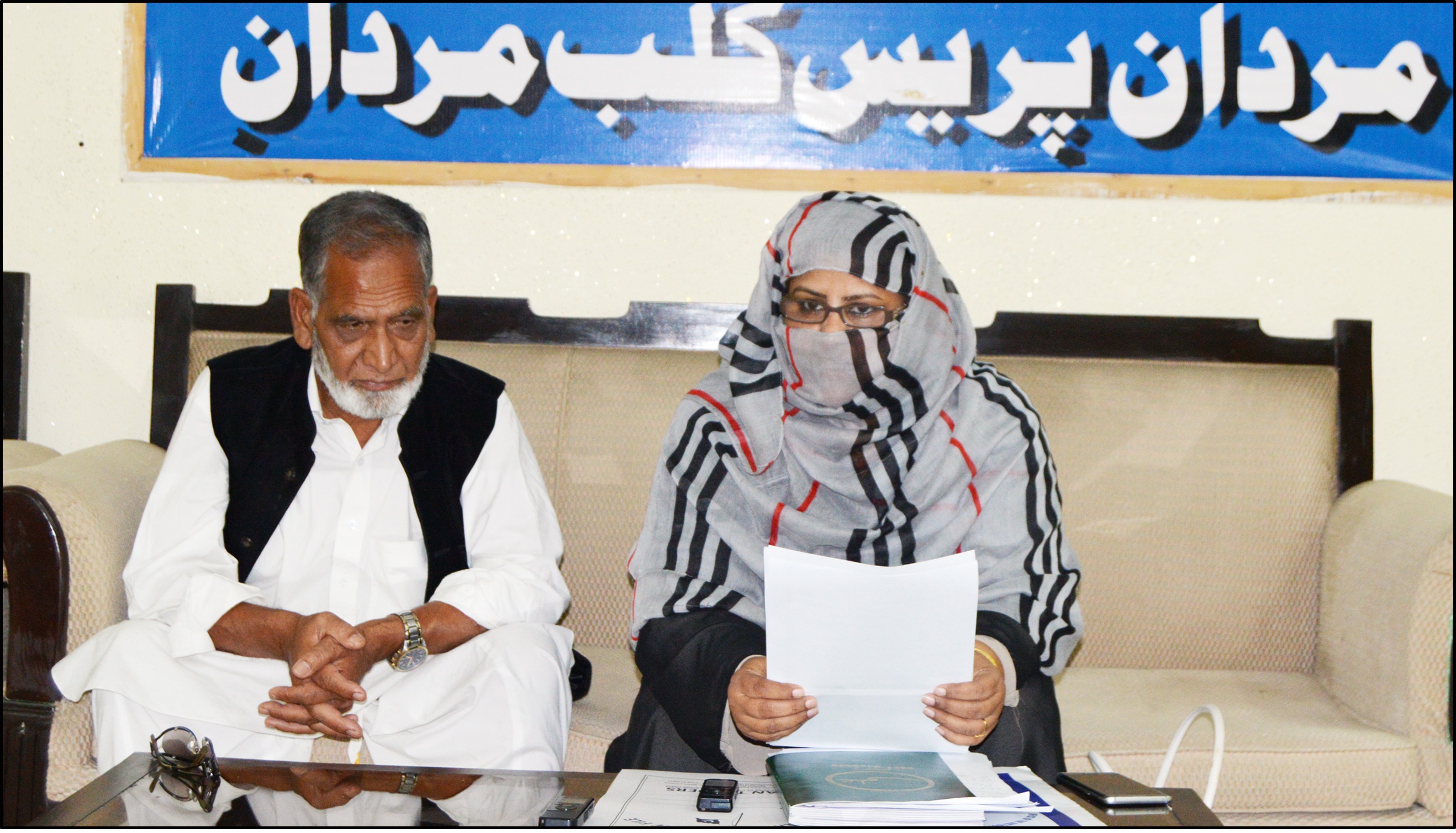 KARAK: A former woman district education officer of Karak has alleged that Member Khyber Pakhtunkhwa Assembly Malik Qasim Khan in connivance with the officials of the Education Department have removed her from her post.

Addressing a press conference at Mardan Press Club on Thursday, woman education officer Nargis Jamal said she was appointed as District Woman Education Officer in Karak in August last year. She said when she took charge, she imitated action against closed girls schools in Karak and also objected to misuse of Rs30 million fund of the Education Department. She said that her actions offended the Pakistan Tehreek-e-Insaf (PTI) MPA Malik Qasim Khan. She alleged that on the direction of the lawmaker, Director Education Department Fareed Khattak transferred her to the Education Secretariat on 20 March, 2018.

The woman officer further alleged that the class-IV employees misbehaved with her when she went to her office. She said the gate of the office was also locked on her arrival, which was broke opened by the police. She alleged that she was conveyed a message from the director to refrain from lodging complaints, otherwise, they will forcibly retire me on the orders of the chief minister.

“The gate of the office was locked for me as they feared that I will spill the beans about their corruption. They wanted to keep me silent and harassed me in the process. If a Grade-19 officer is facing such a situation then how young or uneducated women will protect them from misbehaviour,” she said while talking to TNN.

Nargis Jamal appealed to the PTI chief Imran Khan and Chief Minister Pervaiz Khattak to provide justice to her and take action against the officials who misbehaved with her.