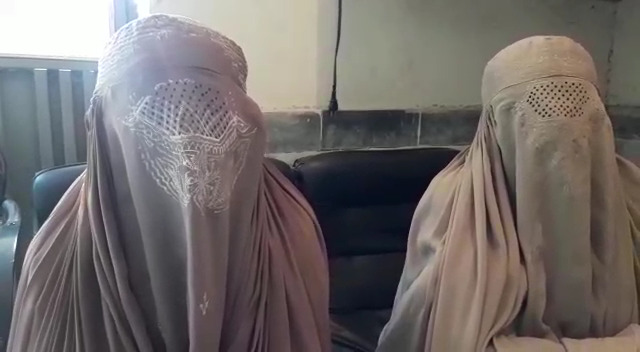 NOWSHERA: A woman rape victim hailing from Akora Khattak area of Nowshera has appealed to the Chief Justice of Pakistan to provide her justice.

In a video statement to the media, the woman alleged that two men, Ahmed Salam and Munawar, subjected her to sexual abuse on gun point repeatedly for seven days after kidnapping her. She said she managed to escape on seventh day of her kidnapping. She said her mother-in-law went to the police station to lodge a complaint after she went missing, but the police did not file any report. She said she also went to the police station after escaping from the custody of kidnappers, but police again refused to file an FIR.

The victim woman alleged that the police were hand and glove with the culprits and appealed to the Chief Justice of Pakistan to provide her justice. She said her husband and mother-in-law are also not accepting her after this incident. She said the culprits have now accused her husband of kidnapping two women from their family and they are now demanding Rs200,000 as compensation.

On the other hand, Akora Khattak Police has claimed ignorance about any such incident. The officials at the police station said no woman has come to file any report about such an incident. Police said the incident will be investigated and suspects will be dealt according to law.