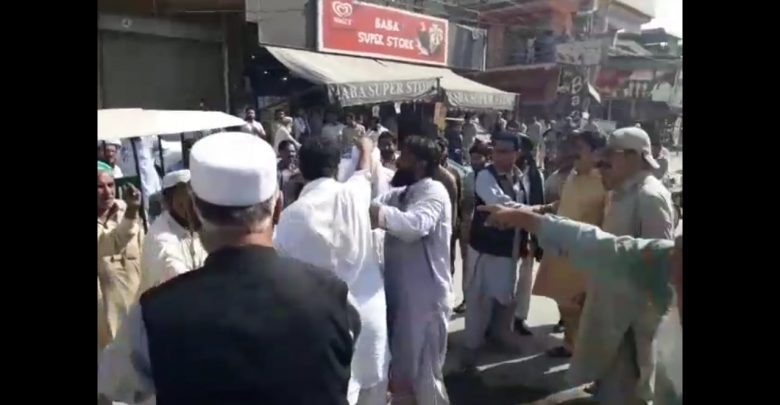 Locals said that the woman sprinkled petrol on herself and set herself alight, however, people present there saved her. She received burnt injuries and was laying on road, refusing to go to hospital unless she gets justice.

She accused the Cantt police entered her home, beaten her and torn her clothes. Her son Kamran alleged that a police party led by Cantt police SHO also took away 13 tola gold from them. The women and her son were accused of drug peddling but Kamran dismissed the allegations.

The police said that they recovered an unlicensed pistol, one kilogram hashish and attempting to commit suicide was a drama to save herself.