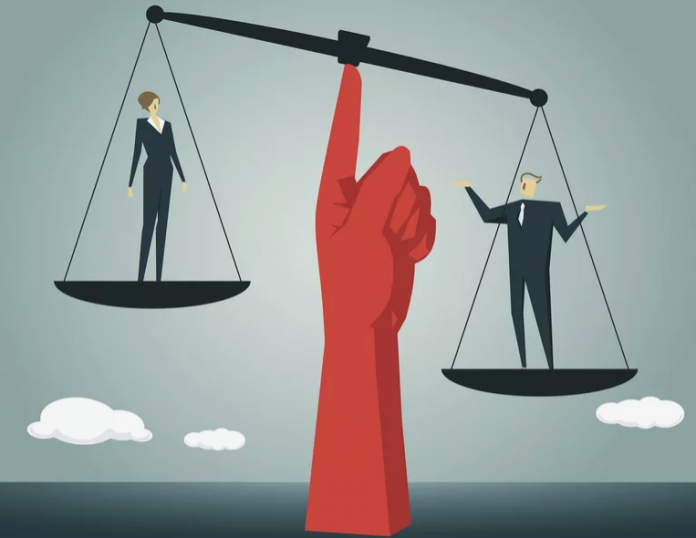 PESHAWAR: When we think about patriarchy, we always think of men as it is to be naturally linked with them but as far as I understand, women also play a pivotal role in making the men dominant and thus they better enjoy all the patriarchy-associated privileges. All this could have never gained the weight until and unless the women in our surroundings won’t have let it happened. And this is because of the constructed society.

Once, I was having a discussion on a general topic with one of my uncles upon which our approaches/views weren’t converging, which ultimately led to logical argumentation. In the middle of our debate, one of my aunts stopped me and scolded me for arguing with my uncle. When I asked her the reason behind it, she responded to me with a mild tone that women are not supposed to argue in front of men. If men are saying something, it is good to listen to them only and never to rebut them; rather their views should be respected because they are born wiser than us. She also tried to let me understand that men better know what is right and what is wrong and debating with them is a sheer disgust both to men as well as our values.

After this, I tried to express my views to her, but this time she started giving me references from the religion and cultural values. Sensing the sensitivity of the environment at that time, I thought it’s better to stay silent and not to explain my point of view. At that time, I realised that it’s not only the men but we, the women, also are equally guilty of adopting this patriarchy inside us.

This is a very simple example of women’s self-slavery. There are a lot more examples that always make me disappointed whenever I come to know about it or experience it myself.

The saddest part is they are teaching these same patriarchal values to their new generation and they are not even realizing that how much worse it is for our society. Patriarchy in our society is deep routed. And to tackle all this mess, we have to work from ground level.