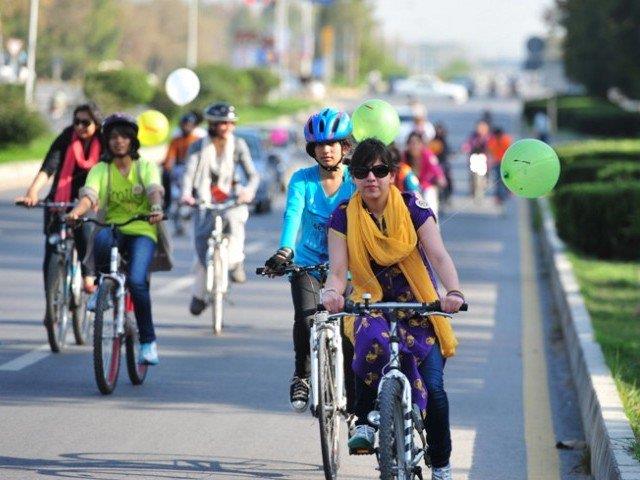 PESHAWAR: The first ever bicycle rally arranged for women and transgender persons in Peshawar has been postponed after the religious parties threatened protests against the event.

Two non-governmental organisations (NGOs) Zama Jawandoon and Pak Development Mission had organised the rally which was scheduled to begin from Hayatabad area of Peshawar today (Saturday), but the local Ulema threatened to stage protests at the venue against what they called an event which will spread obscenity.

The Ulema from Jamiat Ulema-e-Islam-Fazl (JUI-F) and Jamaat-e-Islami (JI) had made announcements through loud-speakers of the mosques that they will disrupt the event if it went ahead. The religious parties had also staged protests on Friday in front of the Peshawar Press Club and in Hayatabad where they demanded the district administration to cancel the event.

The event organiser Wafa Wazir said while talking to media that the purpose of organising the event was to spread a message of peace and convey to the world that people of the area are peace loving. She said the event had nothing negative, but then too it had to be postponed due to protest by religious parties.

Wafa Wazir said 35 women were slated to participate in the rally and people from the transgender community were also invited. She said she is also a Pakhtun woman from Waziristan tribal district and well aware of the Pakhtun culture. She insisted that there was nothing against the Pakhtun culture and traditions in the bicycle rally.