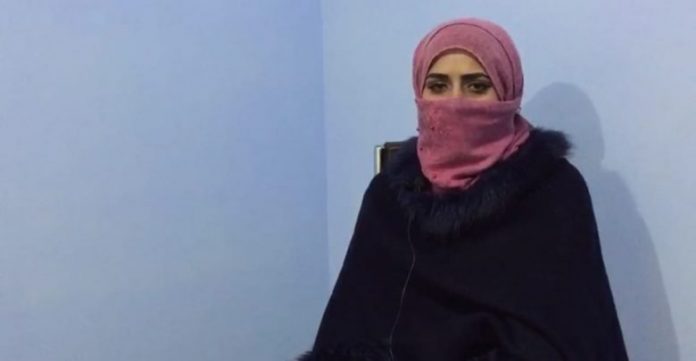 PESHAWAR: Asma Ikhlas, an emerging and talented poetess from a small village of Malakand, says she wants to use her talent to bring women on par with men in the field of literature and poetry.

Asma Ikhlas has got fame on the social media with her attractive Pashto poetry and her ghazals and poems on YouTube, TikTok and Facebook are viewed and liked by tens of thousands of viewers and fans.

In an interview with TNN, Asma Ikhlas said she is associated with the field of literature and poetry for the last eight years after completing her Master’s in Pashto Literature from Islamia College Peshawar. Besides poetry, Asma also hosts a programme on a local radio channel.

Asma said the talent of poetry is a great gift of God. She said it is unfortunate that it is considered odd in a Pashtun society for a girl to stand up on stage before thousands of people and present her poetry. She said she also faced problems from her family side initially, but she eventually made them agree that she must take admission in the university and pursue her passion for Pashto poetry.

Asma said many of her ghazals and poems are very popular on the social media. She said people often request her to present lines from some of her famous ghazals wherever she goes. She said she is the only girl from her family who is associated with the field of literature and this achievement has not come so easily as she had to fight stereotypes and social constraints to reach this far.

“Some family members still oppose my stay in another city and working with a radio channel where male colleagues also work. I want to be a role model for other women and I want to see women achieve their dreams without facing so many difficulties which I have faced,” she said.

Asma said it is more important for girls to get education and excel professionally so that they are able to support their families if such an eventually comes due to unexpected circumstances. She said women in the field of literature deserve the same respect as men do.