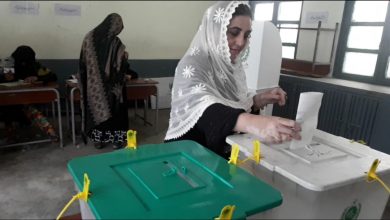 DIR: Women are casting their votes first time in the last 40 years in Upper and Lower Dir.

TNN correspondent said all the political and religious parties in these two districts have unanimously decided that there will be no bar on voting of women and they will exercise their right to vote according to their free will. In the last few elections, the women of Dir were not allowed to cast vote by their elders.

Social circles and civil society have expressed happiness over this development and hoped that women will turn out in large number to cast their votes.

In Lower Dir, 65 candidates are in running for two national and five provincial assemblies seats. There are a total of 681,833 registered voters in the district where 549 polling stations have been established.

The Election Commission of Pakistan (ECP) has already declared that the results of constituencies with less than 10 percent women votes may be nullified.