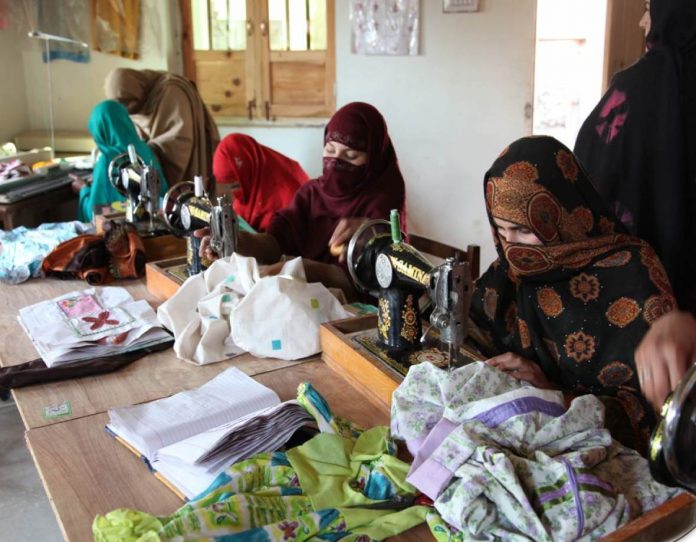 WANA: The district administration of South Waziristan with the help of Pakistan Army and non-governmental organisations (NGOs) is working for restoration of infrastructure and skill development of the youth particularly women folks.

In this regard, Sarhad Rural Support Programme (SRSP) has opened a sewing and embroidery training centre for women in Makeen area of South Waziristan tribal district. On Thursday, a ceremony was organised to distribute sewing machines and other equipment to the women who successfully completed training at the centre.

Brigadier Wajid of the Pakistan Army was the chief guest at the ceremony. Brigadier Wajid said on the occasion that women play crucial role in development of a society, therefore, their empowerment and skill development was as important as that of men. He said the women will be provided skills to enable them to get work at their homes. He also paid tributes to the people of South Waziristan who paid countless sacrifices for peace in the region.

The training centre in-charge Kashif Nawaz said the purpose of setting up the centre is to enable the local women to stand on their own feet and work from their homes if they desire so.

The objective of this training was to enhance the existing expertise of women utilizing locally available resources and to improve their income generating sources by selling the products in local market.

Tool kits along with certificates were distributed among all the successful participants upon the completion of training which was organized under a five years project funded by the Government of Germany and financed by Kfw to support Reintegration and Rehabilitation for Temporarily Displaced Persons (TDPs) in newly merged districts of Khyber Pakhtunkhwa.