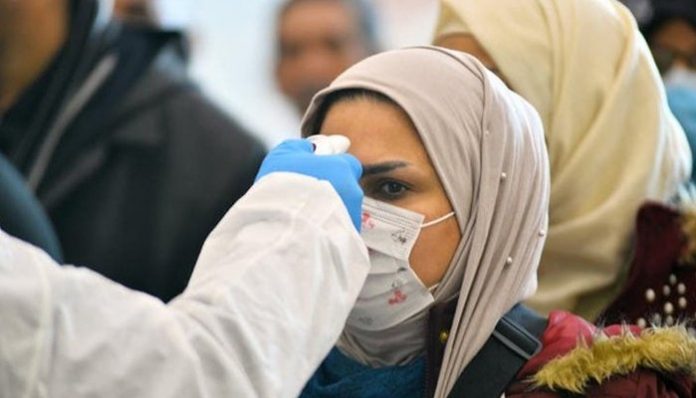 LANDIKOTAL: Muskan, 29, from Landikotal, became victim of coronavirus when she was in third semester. But she was not aware of the cause. In the beginning, she started feeling symptoms like her sense of taste and smell had gone and finally she was no more able to carry out routine functions properly.

When Muskan discussed her situation with her doctor, she recommended her to go for COVID-19 test. “Of course, it was expensive at that time, but I had to go for it,” she said.

“Even my husband asked many people where we could have an inexpensive test, but none of them were useful. When I underwent test, its result came back as positive and I was devastated by the fact that I was pregnant at that time. Soon I started experiencing every single symptom of the disease which I become aware of,” she said.

Muskan’s husband, Asghar Khan said there was no proper quarantine system for women in Landikotal tehsil of Khyber tribal district, so she isolated herself in the house room.

According to Muskan, her health did not deteriorate that much with the virus, but still there were a lot of difficulties. “I heard from someone that boiled water would help kill the virus. So I started drinking boiled water abundantly which created pain in my lungs,” she recalled.

The anxiety and depression continued until she gave birth to a child and luckily for her, her child was not COVID-19 positive. “That was a huge relief and I was then at peace,” she said with smile on her face.

During the second wave of coronavirus, the district health office of Khyber conducted 4,475 tests, out of which 399 were positive with 58 female cases, said District Health Officer Dr Ayub.

Psychologist Mahnoor said COVID-19 has created many psychological problems and in most of the cases the victims are women. They are being victims of depression at high rate. “A person’s health can be prone to diseases if she is facing mental health issues. And during this pandemic, people are more at risk of psychological illnesses,” she said.

In order to curtail the spread of the disease, the district administration also took numerous measures including the provision of 250 containers for construction of quarantine centre for women and men. This centre will have the capacity to diagnose more than 500 patients. The district administration also informed that the number of ventilators in Landikotal Hospital will also be increased to four.