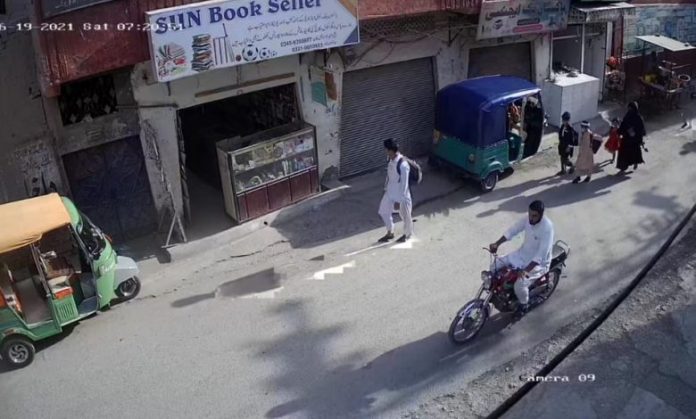 PESHAWAR: No matter how much a family supports its girls, the overall behavior of the society towards them remains the same when they go outside home which proves a big hindrance in achievement of goals.

Even brave girls cannot avoid being stared at as the society is full of stereotypes and people with typical mindset go to any extent to harass and tease the women. I was on my way to school three days ago along with my sister when a boy on a motorcycle chased me in the street and tried to snatch my purse. I was initially stunned as I wasn’t prepared for any such happening. Then I tried to chase the motorcyclist and nab him, but he sped away.

As the motorcyclist escaped from the street outside the school, I was satisfied that the footage of the incident will be available, and I also asked all other teachers to remain extremely careful while going to school or home. And then I was stunned to know that this had also happened with other teachers, but they remained silent due to one reason or the other. Some teachers had faced harassment from eve teasers, but they kept quiet due to fear of social backlash. A friend also advised me against revealing anything, but I saw no harm in revealing the truth.

There is no doubt that we are living in a patriarchal set up, but who has given the right to men to harass women and play with their honour? Women will continue to face such incidents unless they find the courage to tell the truth and shame the devil. And harassers conveniently ignore the big truth that if they consider eve teasing and harassing as ingredients of manhood then they are deluded and live in fool’s paradise. A man is nothing if dishonest, for in honesty lies character, and what is a man without character?

Fault lies in our society as people always blame the girl for any untoward incident and conveniently ignore the fallacies of boys for the sake of their so-called manhood. The problem can be resolved only by making strict laws against harassment and their implementation in letter and spirit.