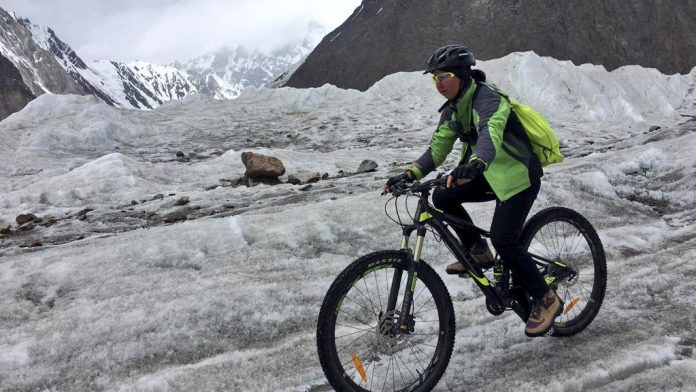 PESHAWAR: Sports play important role in development of a society and building physical and mental health. Like rest of the world, different sports are played in Pakistan and Pakistanis have displayed exceptional talent in cricket, hockey, squash, kabaddi, snooker and other sports.

In these sports, Pakistan has produced a large number of eminent sportsmen, and the list is very long, but like other sectors, the participation of women in sports was not up to mark, and there are very few sportswomen in Pakistan who are well-known.

Women cannot excel in the field of sports in Pakistan because they don’t get enough opportunities, while social constraints also come in their way. Very few women, who achieve something in sports, do so due to strong support of family.

Pakistani woman cyclist Samar Khan has proved that women never lag behind from men in any sport, and the only thing they need is support and backing. Samar Khan last week made a record by travelling up to the base camp of K-2 from Askole, a small town located in Shigar Valley, on a bicycle.

Samar Khan has become the first Pakistani woman biker to travel on the highest point of Pakistan. She also holds the title of the first Pakistani to summit Mount Kilimanjaro and the Biafo Glaciers in the Karakoram Range on a bike. She said she has reached her goal by facing harsh climate conditions.

Similarly, Ayesha from Swat has also won a gold medal in international competition.

The countries where women get equal rights like men make swift development and they become prosperous. According to a report of the World Economic Forum (WEF), Pakistan is on 151st number in the list of 153 countries as far as gender gap is concerned.

In the current situation, it is imperative to give priority to women’s rights and providing them facilities in sports. They should be provided proper guidance and training to enable them to compete in national and international level competitions. There is no dearth of talent in Pakistan, particularly among women, and the only need is to polish that talent.