Home Blogs Women not giving birth to a boy treated with disdain in our...
Facebook
Twitter
WhatsApp
Linkedin
Email 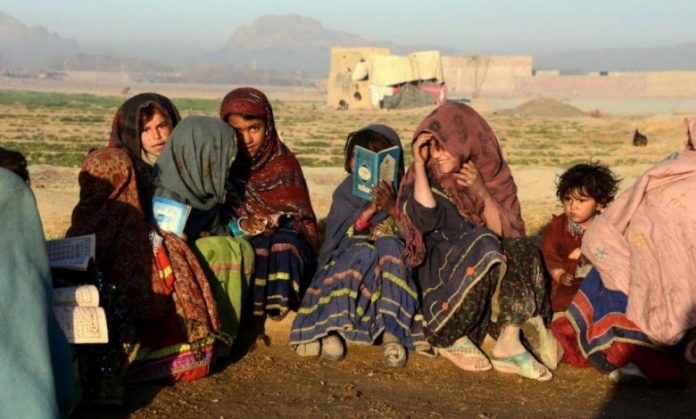 PESHAWAR: In our society, if a woman gives birth to a girl, both are declared responsible for this so-called ‘bad luck’ and stereotypical people start making sarcastic comments.

The life of mother in such a society is always difficult, while growing up girls are also snubbed almost on every step of life and she is reminded that she is a girl and she cannot do this and that. In this way, the girl remains confined at her home for her entire life.

But the story becomes entirely different when a woman gives birth to a boy, particularly in the case when the rest of siblings are girls. In that case, it is proudly announced that the fate of the entire family revolves around the boy and everyone looks after the boy while denying similar facilities to girls.

In our society, women are always blamed for giving birth to a girl and men stand not answerable anywhere. Men always credit themselves for fortunes and blame women for failures. A similar incident recently happened in our village where the life of a woman was made extremely difficult when she gave birth to sixth girl without producing a male offspring. My mother went to the house of relatives to congratulate them on birth of the girl, but she was shocked to know that the woman was subjected to torture over her ‘failure’ to give birth to a boy and constantly bringing girls. The husband of that woman locked her inside a room after bringing her from hospital and tortured her and also asked other members of the family not to be pleasant towards her otherwise they would also face punishment.

“What kind of a woman she is who cannot produce a male offspring. She doesn’t deserve to have food and she would get beating instead. What achievement has she made by giving birth to another girl?” the man was quoted as saying by family members over birth of his sixth daughter.

This man has forgotten that men cannot even give birth to as little thing as an insect and Almighty Allah has only bestowed women to give birth to children. This is such a huge blessing which needs to be understood by men. These are the same men who hate girls as their daughters or sisters, but like them in shape of girl-friend or their first, second, third or even fourth wife.

All these issues can be resolved by ensuring gender balance and creating awareness about the rights of women.