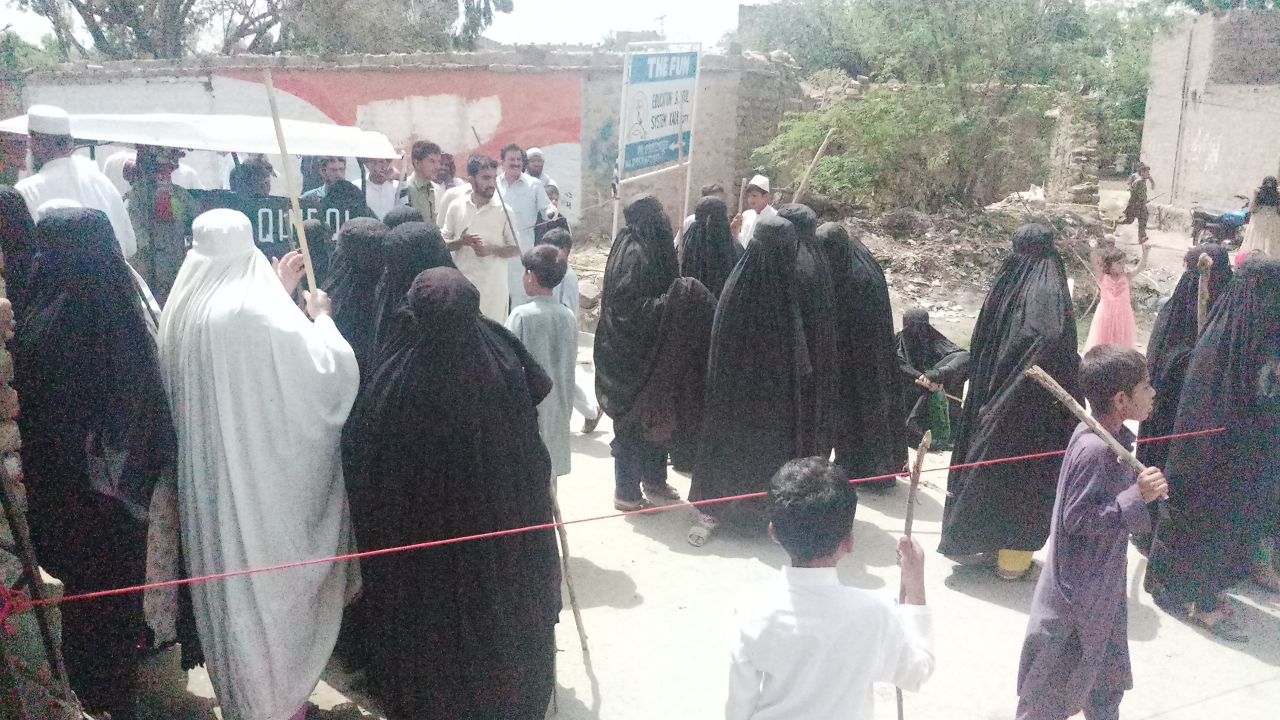 The women wielding batons blocked the main city road and chanted slogans against political leaders for their failure to resolve the people’s problems.

The women and youth of Karak had also staged a protest on Shakai Road two days ago against excessive gas and power outages. After assurance by the administration, the protesters had dispersed with a warning to resume protest if the problem was not resolved within 24 hours. After expiry of the deadline, the women again took to the road and demanded the government to resolve this matter. They threatened to block the Indus Highway for all kinds of traffic if the problem of outages was not addressed.

No official from the administration arrived for talks with the protesting women till filing of this report.