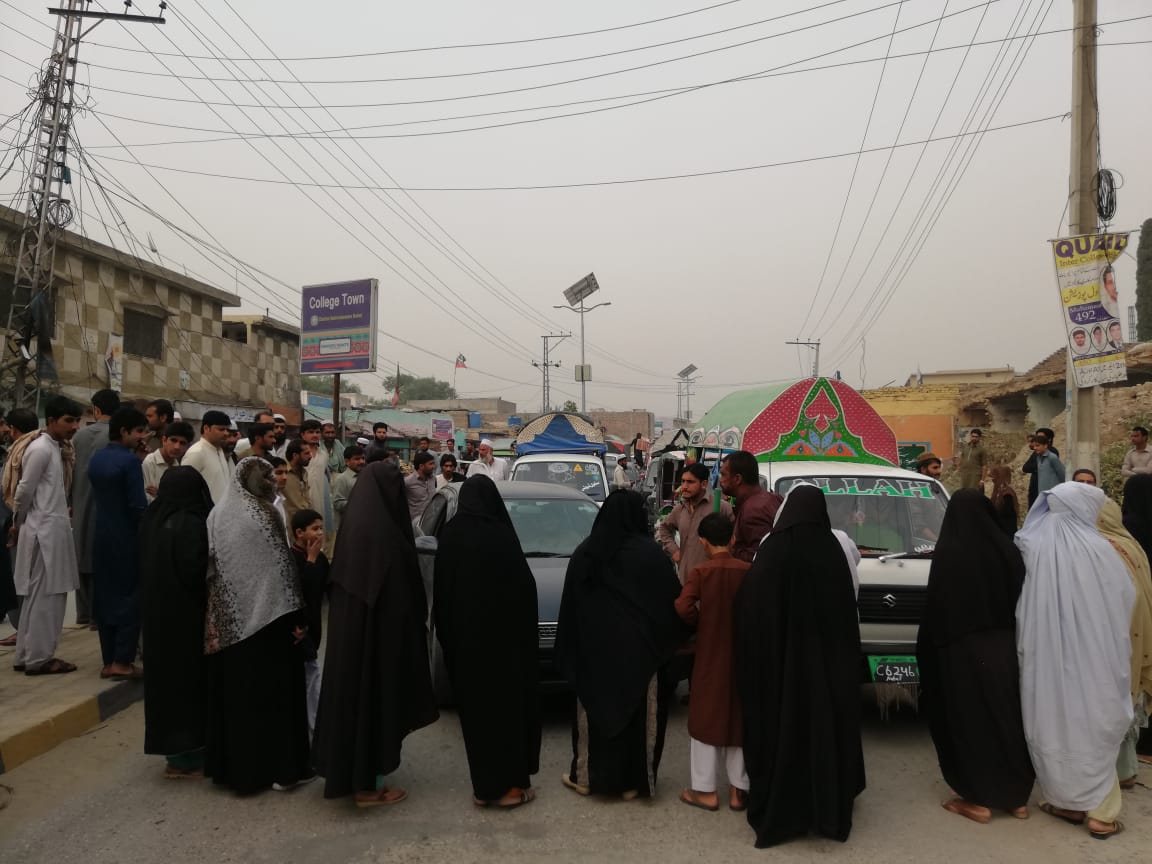 KOHAT: Women staged a protest demonstration against gas load-shedding and low pressure in College Town area of Kohat on Wednesday.

The protesting women blocked Kohat-Rawalpindi Road for some time due to which traffic was blocked and commuters faced a lot of difficulties.

The prices of liquefied petroleum gas (LPG) have also gone sky-high and the poor people cannot afford to use it for cooking food.

The women later ended their protest after assurance of police officials that their grievances will be conveyed to concerned authorities.