MIRANSHAH: Sherkhel and Glagkhel tribes in Ghulam Khan tehsil of North Waziristan are at loggerheads since long over the ownership of a land.

In a fresh development, Glagkhel tribe has issued a threat that it will attack its rival tribe with small and heavy weapons. After Glagkhel tribe’s threat, the women of Sherkhel tribe came out of their homes and blocked Pak-Afghan Highway for all kinds of traffic. They demanded the civil administration to play role in defusing tension between the two tribes and avoid the threat of bloodshed.

Local people said the land dispute between Glagkhel and Sherkhel tribe is going on since the year 2000. Both the tribes claim ownership of the disputed land and no one is prepared to budge an inch from their stance.

TNN correspondent said the local political agent had formed a Jirga in 2002 to resolve the dispute between the two tribes which decided the case in the favour of Glagkhel tribe. However, Sherkhel tribe rejected the Jirga decision and refused to surrender the disputed land. Sherkhel tribe had filed an appeal with the political administration, saying that the Jirga decision was one-sided which is not acceptable to them. The administration had reversed the decision on condition that status quo will prevail till final decision on the matter and no tribe will clash with other tribe. For this purpose, Rs1 million was deposited by one tribe as security to the administration, while the other party deposited two vehicles as security. 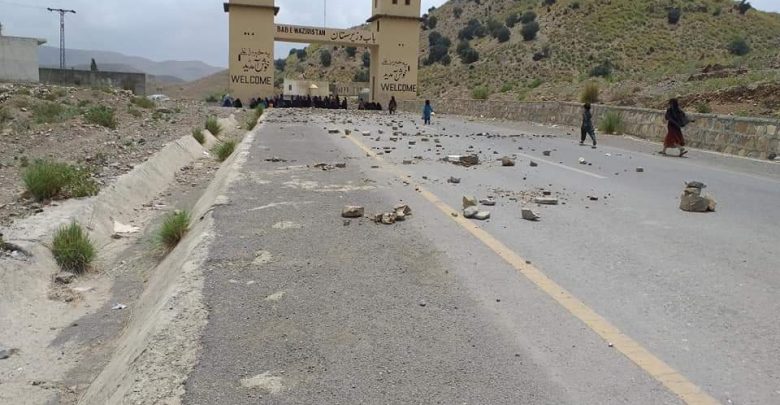 TNN correspondent said tension has increased in the area during the last few days and both the tribes also exchanged fire on Saturday. Glagkhel tribe has threatened attack on the rival tribe on Sunday due to which the situation in the area is tense. The women of Sherkhel tribe, who came out to stage protest, were also carrying their children along and they demanded the government and Pakistan Army to intervene and save the area from bloodshed.