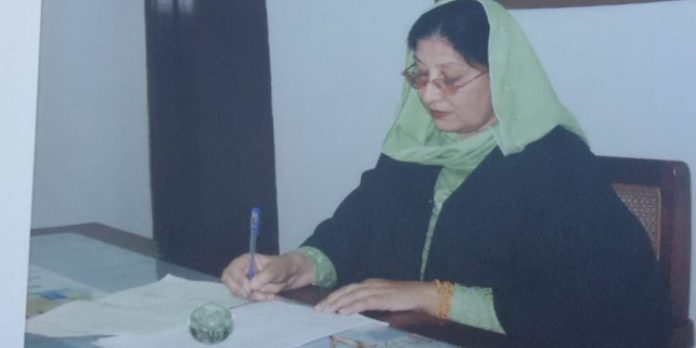 PESHAWAR: One of the most successful Pakhtun woman Dr Salma Shaheen, who enjoys a unique status among literary circles, wants women in Pakhtun society to be treated equally.

The renowned Pashto poet and fiction writer stressed the need that there shouldn’t be any discrimination on the bases of gender, and allow women to play a positive role to take the country ahead.

She was talking to The TNN on the occasion of international women day being observed today across the world. She said that Pakhtun women are more creative and sensitive that was one of the reasons that almost 85 per cent of Pashto tapa are created by Pakhtun women. “Even couplets of a top class poet cannot compete the tapa, created by simple women,” claimed Dr Shaheen, while talking about the role of women in the promotion of Pashto literature.

Tapa is her major research interest on the bases of which she had got a PhD degree from the University of Peshawar. 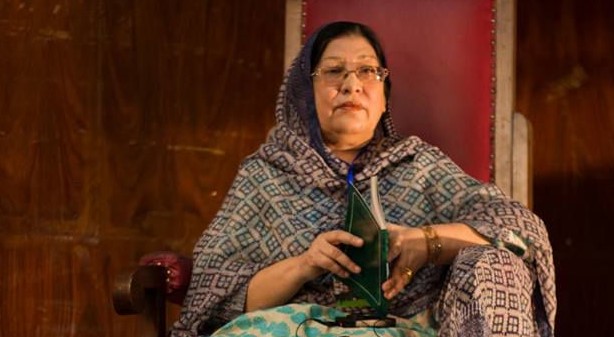 Tapa is the oldest and most popular form of folk literature. It is Tapa which has remained the most useful source of expression of sentiments of Pashtuns, especially female folk and expressed her social, religious, romantic, political, cultural etc. “All the Pakhunts’ past traditions can be found insides Pashto tapa,” said Salma Shaheen.

She has penned 19 books. Basically from Baghdada, Mardan district, Dr Shaheen has been awarded the prestigious Tamgha Imtiaz by the government of Pakistan for her services to literature. Besides this, the government of Afghanistan also awarded her the presidential award in 2018.

Her books include short stories, novels and poetry. The basic aim of her literature is against discrimination on the bases of gender. She has highlighted the issues relating to the treatment of women in Pakhtun society. Dr Shaheed had taken admission in Pashto department of Univerity of Peshawar in 1975. In 2002, she obtained her PhD degree from the same university and for 12 years, she remained the director of Pashto Academy.

Tapa – one of the oldest genre of Pashto literature and a very unique form of folk poetry. According to leading scholarship, it is composed by women to encourage men in times of struggle and difficulties represents true sentiments of Pukhtun women. Tapa is also called mesray and while their performance styles differ, they form an integral part of the rich culture.

According to historians, Pashto poetry, especially tapa, carried traces of Pukhtun civilisation and formed an inseparable part of Pukhtun tradition. Due to its brevity, tappa is also called landay. The longer forms such as badala, dastan and qissa are equally significant forms of oral traditions in Pashto literature and history.

Dr Shaheen added that when she joined the Pashtu research academy as a junior research officer, her first research topic was Pashto tapa which she has completed in six year time. During this time, she has written three books – A book on research and two others were the compilations of tapa.

Talking about the issues faced by women to get the education in her time, she said that no doubt there were a number of issues, but since she was living in the city and her family members were all educated, that is why couldn’t face any problem.  She said like other girls she would also us to wear a heavy shawl in the class.

She revealed that there are a number of women associated with Pashto literature however, they are behind the scene as people are busy in their own professions. Dr Salma said that the students of Pashto literature facing the problem of lack of jobs as after getting degrees, there is not enough departments where they can be adjusted. “I’ve made efforts to introduce Pashto as a compulsory subject at the college level, however, there were some core issues due to which I couldn’t succeed in my efforts.”

Dr Shaheen said that she has done a lot of efforts to reach to the point where she stands now. She revealed that one the reason behind the lack of success is that people don’t care about time and don’t do their duties on time.

She asked the government to introduce all the maternal languages in the country a compulsory subjects on the primary level. As it can enable the new generation to have a proper understanding of their own culture and civilization. She lamented that most of the people of our country are poverty-stricken, they give more emphasis to know about languages that can ensure them a good, however, no one pay heed to the preservation of their own language and culture. She lamented that besides the Pashto language, there are a number of other languages that are on the very of extension and need efforts to be preserved.

Talking about the international women’s day, the Pashto scholar said that she believes in equal rights for all the people living in the country thus both the women and men should be treated equally without any discrimination.