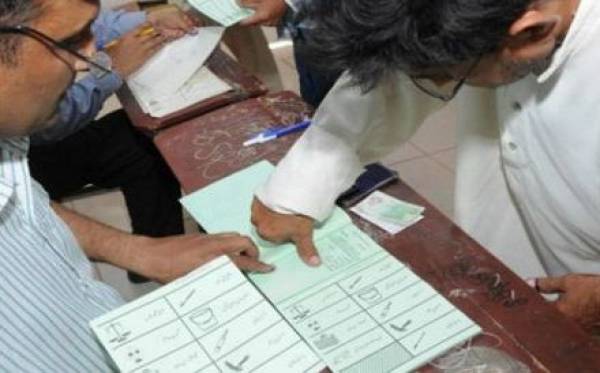 PESHAWAR: Despite warning by Election Commission of Pakistan, women were barred from polling their votes.

“Women never voted in our area,” said Shah Nazar Khan, in rural Achini area of Peshawar. Most of women have national identity cards while most of them were not allowed by their male family members to vote.

Khyber Pakhtunkhwa Commission for Status of Women (KPCSW) claimed it received around 15 complaints regarding barring women from voting in Hazarkhwani, Badbher, Achini areas.

Complaints were received from Buner, Lower Dir, Kohat and Peshawar districts. Director Programme KPCSW Amna Durrani said that when they visited a polling station in Achini area, they found that only one woman had polled her vote.

The ECP hired 50 transgender persons as election observers and they also polled their vote. The transgender people, however, complained of harassment and denied entry in polling stations in Faqirabad and Afghan Colony localities.

“We were not allowed to enter polling stations to perform our duties assigned by the ECP,” said Laila Khan, and added that people also harassed them.

Two persons were killed and three others injured after workers of Pakistan Tehreek-e-Insaf and ANP clashed in Swabi district.