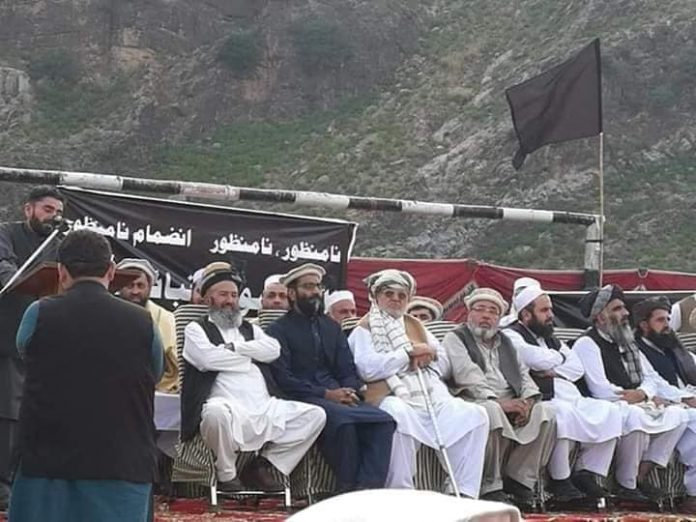 The Alliance leaders advised KP government’s spokesman Shaukat Yousafzai to focus on the problems of the province as people don’t have electricity or gas in this extreme cold weather. They said the never-ending construction work on Bus Rapid Transit Project in Peshawar has also made the lives of people miserable. They said they will stage massive protest if the provincial cabinet held its meeting in the tribal areas and warned that Shaukat Yousafzai will be responsible for any untoward situation.

Chief Minister Mehmood Khan on Wednesday summoned the next meeting of the provincial cabinet in Khyber district as part of the provincial government efforts to expedite the merger process and create goodwill. The date of the meeting has not been announced yet.

If the meeting materialised, it will be the first such gathering of provincial ministers in the tribal districts after the merger of the tribal areas with KP.

The chief minister also directed the officials concerned to issue the final schedule of KP ministers’ visits to all the tribal districts in order to increase contacts with the public and boost their confidence in the KP government for the development of all the newly-merged districts. The chief minister said it is the government’s top priority to bring the tribal areas into the mainstream.