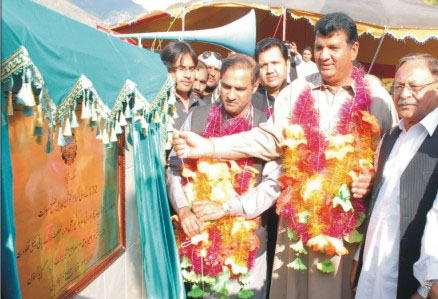 MINGORA, October 25: The Minister of State for Water and Power, Mr Abid Sher Ali, has inaugurated construction work on a grid station in Madain, Swat district, which would cost approximately 230 million rupees.

Speaking on he occasion, Mr Amir Muqam, advisor to the prime minister, said the project required about 18 months for its completion.

He added that after the setting up of the new grid station, the problems related to power shortage would be solved.

“Change will certainly take place by such projects, God willing! A massive project of around one billion rupees will be initiated soon and the problem of overloaded power infrastructure and power shortage would be resolved within 18 months in Swat,” he added.