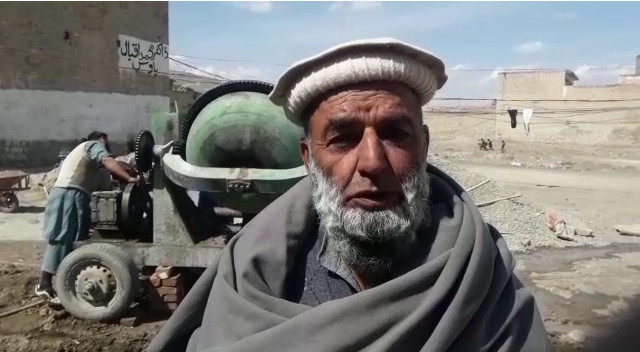 MIRANSHAH: The work on metaling of streets has been initiated in Seari Darpakhel area of North Waziristan tribal district, local sources said.

The metaling of streets has been carried out with the cooperation of Sarhad Rural Support Programme (SRSP), a non-governmental organisation. The local people are also actively participating in the construction work with the help of the NGO.

The area people said while talking to TNN that houses and streets were badly damaged during military operation Zarb-e-Azb. They said the temporarily displaced persons (TDPs) returned to the area after completion of the operation, but the streets were lying in dilapidated condition. The area residents said the government also did not pay proper attention to the issue after normalisation of the situation. However, they said, now the streets are being metalled with the cooperation of the SRSP for which they are very thankful.

Serai Darpakhel Committee members including Malik Rahim, Malik Abdul Qayyum and local residents urged the government and non-governmental organisations to give more attention to their area as its was badly damaged during the military operation.

Rahimullah, a local resident, said the local people were facing a lot of difficulties due to poor condition of the streets. He said it was impossible for the locals to come out of their houses after rains. He said projects of clean drinking water supply and roads construction were also needed in the area. He said the condition of roads is very poor which needs attention of the concerned authorities. He said the metaling of streets by the SRSP is worth appreciation and the local people are very happy over this development.