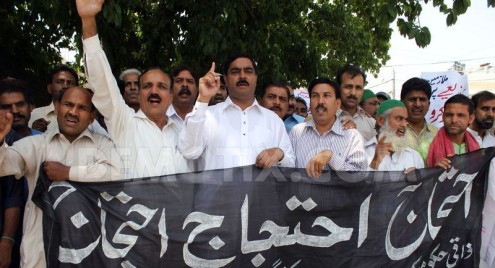 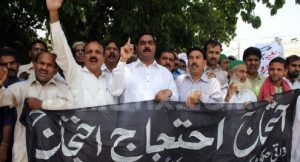 PESHAWAR, July 10: Health workers associated with the polio and measles campaigns have protested against the Expanded Programme on Immunisation authorities for not paying them salaries from last two months.

At a rally, the protesters said that 125 employees of the polio drive and 50 employees of measles campaign had not received their salaries of last two months.

The demonstrators said they were fulfilling their duties on time but that they were not getting the fruit of their effort.

The demonstrators warned of launching protest campaign if they were not paid salaries.

A protester told TNN, “First we worked in polio drive and then in measles campaign. We come here early in the morning and do out duties. I have worked with the EPI for 15 days, but they did not pay me salary till now. Authorities keep on saying that they would give us our salary, but to no avail.”