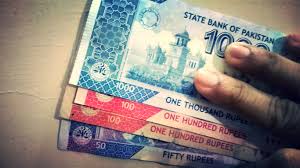 PESHAWAR, June 25: Workers of various organisations have hailed the Khyber Pakhtunkhwa government’s decision of fixing minimum wages at 15,000 rupees a month and they have demanded its implantation.

Talking to TNN, several workers said that such announcements had been made in the past, but that the authorities failed to implement the decisions.

A Peshawar-based journalist told TNN, “I have been working as a journalist since 2011. I know many journalists are underpaid. The government should conduct an inquiry to find out whether the organisations are paying their employees 15,000 rupees salary or not.”

A security guard, serving at a private company, said they worked for 12 hours a day and said the recent announcement of minimum wage must be implemented now.

Meanwhile, the Director of province’s Labour Department Mr Irfanullah Khan told TNN, “This decision of the provincial government will become a law after being signed by the governor and authorities will take action against those organisations which do not follow it.”