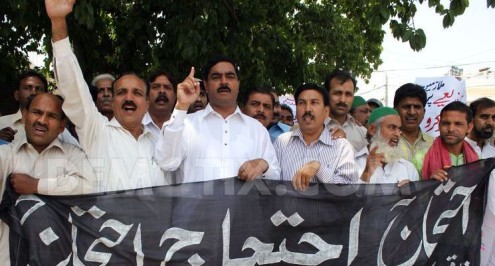 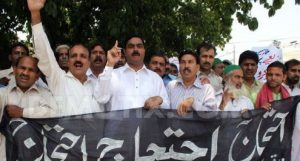 PESHAWAR, July 18: Employees of Workers Welfare Board, a federal government department, have protested because they say they were not being paid salaries.

At a tally on Kohat Road, Peshawar, the demonstrators said the government was not paying them their salaries on time and that their salaries are often delayed for two months or even more time.

They warned to stage more protests all over the country after Eid if their problems were not solved by 25 July.

Provincial president of the Workers Welfare Board Employees Union, Mr Ayaz Khan, told TNN, “No-one is asking about our situation. All other departments pay salaries on time but we are facing delays in salaries. Our colleagues cannot work properly at the offices as they are concerned about meeting their households’ expenditures. If we don’t get our salaries till 25th of this month, we will launch protest movement.”