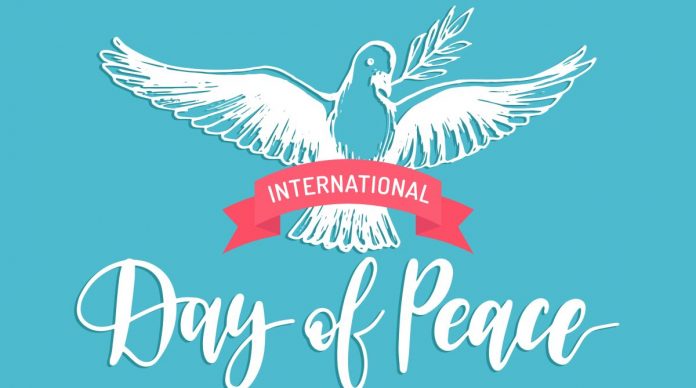 PESHAWAR: The UN Secretary-General Antonio Guterres on the occasion of International Day of Peace said peace is at the heart of all work at the UN and peace is much more than a world free of war.

“It means resilient, stable societies where everyone can enjoy fundamental freedoms and thrive rather than struggle to meet basic needs,” the UN chief said, according to a press release.

“Today peace faces a new danger: the climate emergency, which threatens our security, our livelihoods and our lives. That is why it is the focus of this year’s International Day of Peace. And it’s why I am convening a Climate Action Summit,” Guterres said.

The UN chief said climate emergency is a global crisis.

“Only by working together can we make our only home peaceful, prosperous and safe for us and future generations,” he said.

Guterres urged concrete climate action from people and leaders. “This is a race we can and must win,” he added.

Each year the International Day of Peace is observed around the world on September 21. The General Assembly has declared this as a day devoted to strengthening the ideals of peace, both within and among all nations and peoples.

The United Nations member states adopted the 17 Sustainable Development Goals (SDGs) in 2015 because they understood that it would not be possible to build a peaceful world if steps were not taken to achieve economic and social development for all people everywhere, and ensure that their rights were protected. The Sustainable Goals cover a broad range of issues, including poverty, hunger, health, education, climate change, gender equality, water, sanitation, energy, environment and social justice.

The 2019 Theme ‘Climate Action for Peace’ draws attention to the importance of combatting climate change as a way to protect and promote peace throughout the world.

The climate strike day was observed in Maradan city of Pakistan to highlight the importance of climate action in the society. Students and civil society groups participated in the walk.

Climate change causes clear threats to international peace and security. Natural disasters displace three times as many people as conflicts, forcing millions to leave their homes and seek safety elsewhere. The salinization of water and crops is endangering food security, and the impact on public health is escalating. The growing tensions over resources and mass movements of people are affecting every country on every continent.

Peace can only be achieved if concrete action is taken to combat climate change. Speaking to young Māoris and people of the Pacific islands in New Zealand in May, UN Secretary-General António Guterres said “nature does not negotiate” and emphasized four key measures that governments should prioritize in order to reach carbon neutrality by 2050: tax pollution, not people; stop subsidizing fossil fuels; stop building new coal plants by 2020; focus on a green economy, not a grey economy.

The International Day of Peace was established in 1981 by the United Nations General Assembly. Two decades later, in 2001, the General Assembly unanimously voted to designate the Day as a period of non-violence and cease-fire.