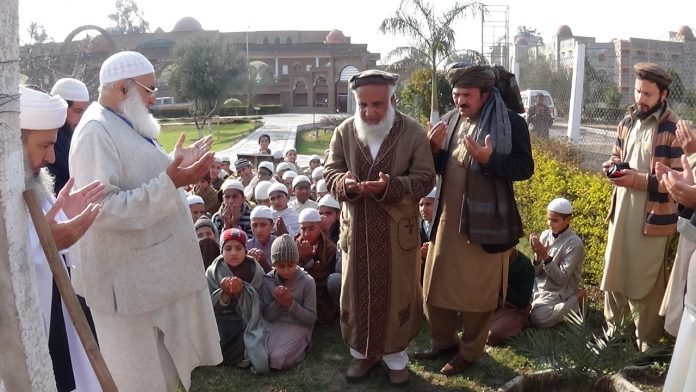 NOWSHERA: A ceremony was arranged at Jamia Usmania Nowshera on Saturday in connection with the World Wetlands Day during which a sapling was planted and a tree plantation campaign was also kicked off.

Professor Lal Badshah of Botani Department of the University of Peshawar said while talking to TNN that wetland is a place where water is available upto 18 feet deep. He said a convention for preservation of wetlands in Ramsar city of Iran in 1971 which was also attended by Pakistan. He said the conference was organised for preservation of wetlands and to create awareness about importance of wetland resources. He said Pakistan has 255 wetlands out of which 19 have been recognised internationally. He said these wetlands are situated in Khyber Pakhtunkhwa, Sindh, Punjab and Balochistan.

Professor Lal Badshah said the wetlands and the species of animals, birds and insects living with these wetlands need to be preserved keeping in view their importance for the eco-system. He said migratory birds from other countries also come to these wetlands in Pakistan.

Abdur Rab, a Botany student, said while talking to TNN that the World Wetlands Day is observed throughout the world to create awareness among the people about importance of wetlands. He said a large number of birds and animal species, fish and insects will be under the danger of extinction if these wetlands are not preserved. He said unfortunately people throw garbage in the wetlands due to which pollution is increasing and the fish and birds living on that water habitats are endangered.

Shahbaz Khan, a local resident, said he owns a wetland, but he has no advantage from it. He said there were some paper factories in Charsadda which used typha and other grasses from these wetlands, but now these factories are closed. He said the government should take steps for preservation of wetlands.