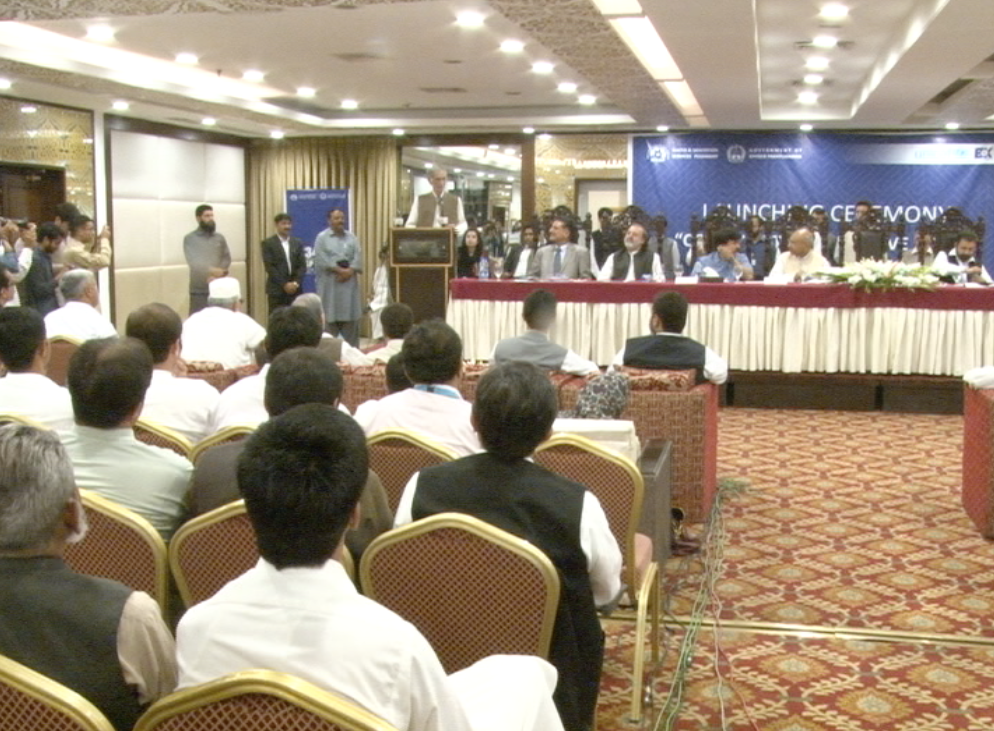 PESHAWAR, 08 May: In order to further improve its services and address public complaints in time, the Water and Sanitation Services Peshawar (WSS) launched its helpline telephone number during a ceremony held here in a local hotel on Monday.

Public can easily lodge their complaints by simply dialing 1334 about poor sanitation services.

Speaking on the occasion, Pervez Khattak stressed that the WSSP officials should further raise their standard and ensure clean environs to the public.

He expressed annoyance over the claims of the WSSP of achieving their target upto 60%, saying, the public expect from the government and the authorities 100% result.

He also rejected the target suggested by the WSSP officials for ensuring 100 percent cleanliness, saying, “2019 is quite distant and we cannot wait for two more years. If you do not improve your performance till June this year, no more funds will be released for the company,” he made it clear.