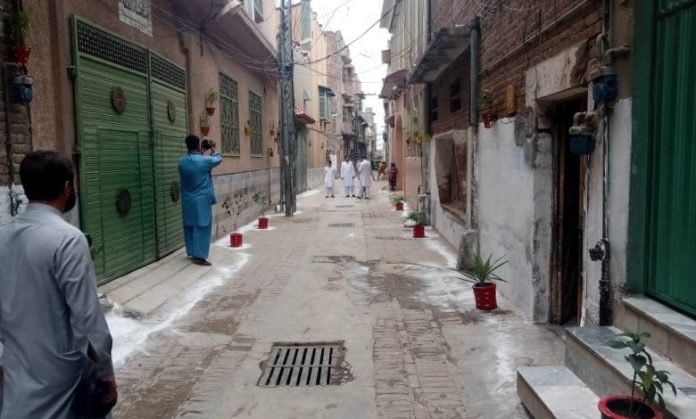 PESHAWAR: The Water and Sanitation Services Peshawar (WSSP) has set up a model street in Union Council Yakkatoot to create awareness among the people of the area about benefits of cleanliness.

The aim of the model street is to ensure masses participation in sanitation operations and ensure cleanliness of the city. The model street idea along with an awareness campaign is being carried out under a UNICEF-funded sanitation project.

The Qazi Noor Street is cleaned by WSSP and residents jointly where pots of colourful flowers are placed to encourage residents of other streets to follow in the footsteps of the residents of the street. A team of community development officers carried out an awareness campaign to sensitise residents of Yakkatoot locality on the importance of sanitation. Small waste bins are placed in the street outside houses to encourage locals to throw waste in them.

“We believe that without masses’ participation, keeping the city clean round the clock is impossible,” said Hassan Ali, spokesman for WSSP.

He said that masses were the biggest stakeholders who can play a major role in the sanitation process and engaging them would make a huge difference. The spokesman said residents were requested to place waste, packed in biodegradable plastic bags, outside their houses once a day so that it could easily be collected.

“It will save time and energy and help all of us keep our city clean,” he said, adding that WSSP has planned to make model streets in all union councils under its administrative jurisdiction.

Waste containers of different sizes would be placed in streets where people would be urged to dump waste instead of throwing it in drains or streets. Hassan Ali added that this technique would create a sense of ownership and responsibility among the people.

The Khyber Pakhtunkhwa Agriculture and Livestock Department has set up 110 check posts to prevent spread of infections at cattle markets established for Eidul Azha.

Officials in Livestock Department said 620 officials were being deployed on these check posts to ensure that no animal carrying viral infection could enter the cattle markets being established for Eidul Azha. Spray on 122,859 animals, 6,238 cattle farms’ fences and vehicles have been applied with the assistance of 26 mobile vehicles.