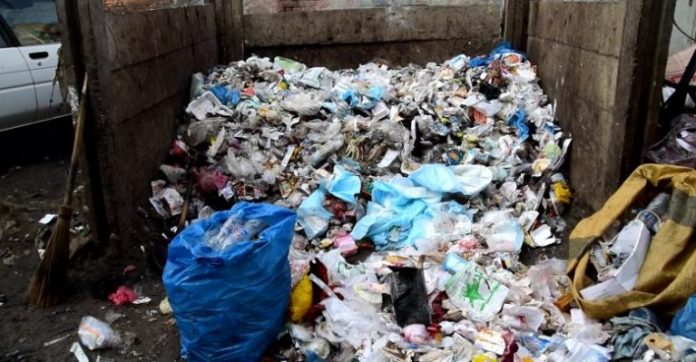 PESHAWAR: Taking notice of open dumping hospital wastes in its containers, the Water and Sanitation Services Peshawar (WSSP) has asked the public sector and private hospitals to stop using its bins.

Owners of the hospitals have been warned against the environmental hazards of hospital wastes and they have been asked to install incinerators instead of open dumping.

The issue was discussed in detail in a meeting at the WSSP with Chief Executive Officer (CEO) Syed Zafar Ali Shah in the chair. The meeting decided to impose fines on the hospitals if they were found dumping waste in the WSSP containers. The CEO directed the zonal managers, field officers and municipal inspectors to collect evidence, take pictures and record videos of hospital waste being dumped in and around the WSSP waste containers. The evidence would be shared with Environmental Protection Agency (EPA) as well as district administration on open dumping of the hazardous wastes.

The CEO directed the managers to hold meetings with owners of the private hospitals to stop dumping the wastes openly and install incinerators.

“If hospitals continued the practice of open dumping of wastes, then divide them in different categories and charge them on basis quantity of waste,” Zafar Ali Shah asked the WSSP staff.

The CEO also directed the managers to collect data of fruit and vegetable markets throughout the city that have been availing services of the WSSP. “They should also pay WSSP for cleaning their waste generated from their markets,” he said.

It was decided to start a month-long ‘Beat System’ project on experimental basis under which the WSSP officials would pick waste littered on roadsides and streets and dump them in waste containers.

“Educate the shopkeepers and market owners on importance of proper dumping and hazards of littering for a month, if they continue to litter and open dumping, fine them heavily,” Zafar Ali Shah asked the managers.

The project would be started from Qissa Khwani Bazaar, Chowk Yadgar, Gulbahar, Faqirabad, Board Bazaar and Tehkal areas of the city.

He also asked for devising strategy to clean roads during night and stressed on mechanical sweeping for keeping the city clean.