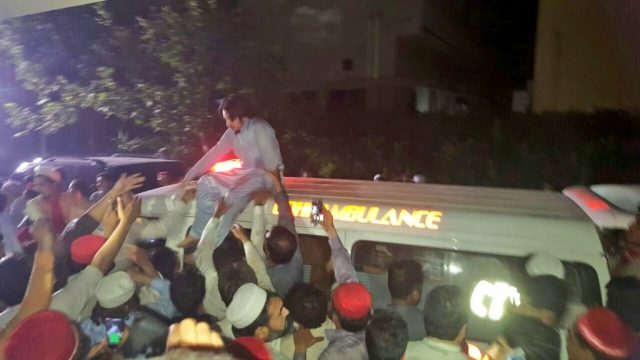 PESHAWAR: The interim government in Khyber Pakhtunkhwa (K-P) written to the federal government to replace the provincial chief secretary, inspector-general (IG), home secretary and commissioner Peshawar from their posts following the suicide attack on a political rally in the provincial capital.

The provincial caretaker government held the team responsible for not taking necessary security measures in the province to prevent terrorist attacks.

A suicide attack on the corner meeting of Awami National Party (ANP) resulted in the martyrdom of PK-78 candidate Haroon Bilour along with 19 others, following which interim CM Justice (retd) Dost Mohammad Khan called an emergency meeting to discuss the situation.