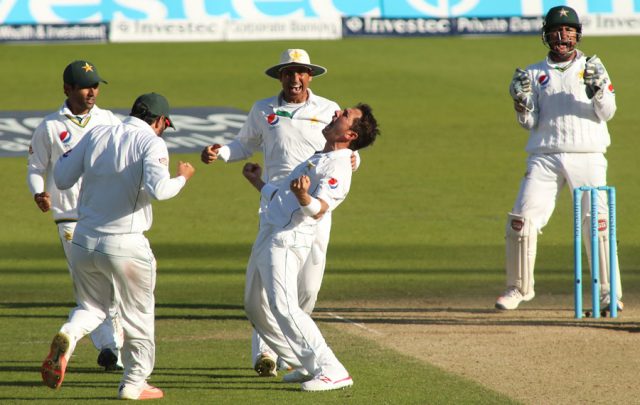 He broke an 82-year-old record on the fourth day of the third Test against New Zealand in Abu Dhabi.

He beats Australian leg-spinner Clarrie Grimmett’s record of 36 Tests achieved against South Africa in Johannesburg in 1936.

The spinner began the test with 195 wickets in 32 Tests and on the opening day grabbed three early wickets but BJ Watling resisted with 77 not out, leaving him having to complete his landmark in the second innings.

Yasir has now 27 wickets in the three Tests against New Zealand with 14-184 were the second best match figures in a Test for Pakistan.

New Zealand resumed play at 26/2 on Thursday, when Yasir got wicket of Somerville and were still needing 37 runs to make Pakistan bat again.