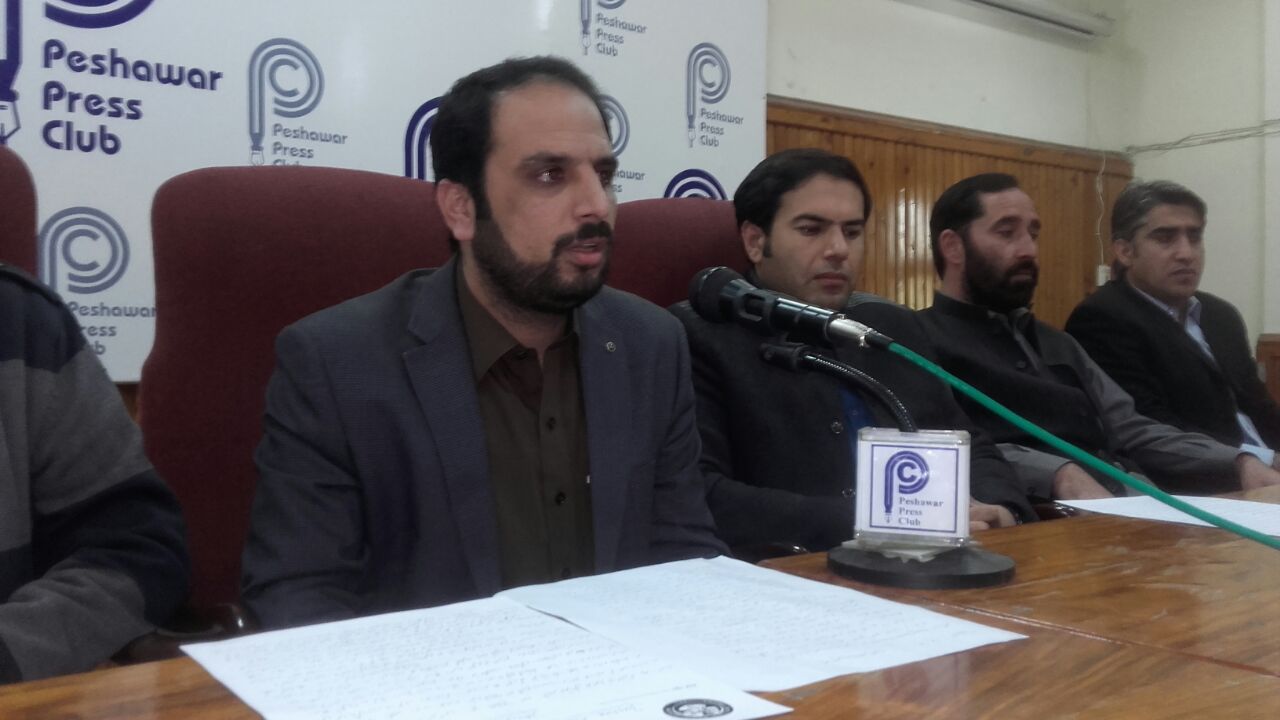 PESHAWAR: Officers bearers of Young Doctors Association on Tuesday demanded arrest of Dr Khurshid Alam killers and given the provincial government and police to arrest his killer within two weeks or else they would launch protest drive.

Dr Khurshid Alam was killed a month ago in Charsadda by unknown persons and the police have been groping in dark to arrest his killer.

Addressing a press conference, YDA office-bearers and brother of the deceased Zaid Alam said that they had no enmity nor his brother received any threat. He said that the police promised to arrest the killers within two weeks but a month has passed and the police yet to find traces of the killers.

“We appeal the Supreme Court and Peshawar High Court to take notice of my bother’s murder and give us justice,” he urges.

Dr Ahmad, YDA office-bearer, said that Dr Alam was innocent who had no enmity with anyone and condemned Charsadda police for its inability to arrest the killers.

He asked the Inspector General KP Police to constitute a special team to arrest the killers or else they would launch a protest drive throughout the province.