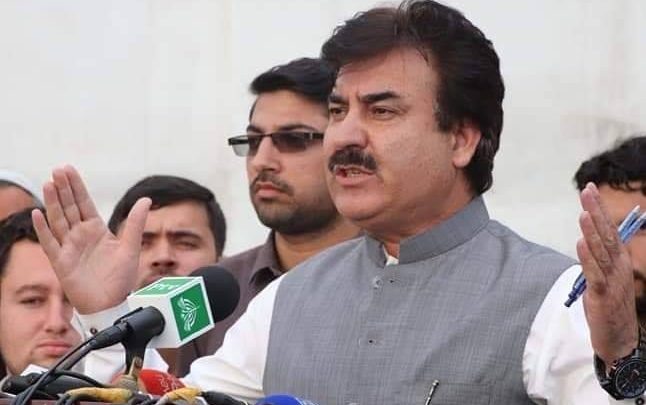 PESHAWAR: The Khyber Pakhtunkhwa (KP) Minister for Information Shaukat Yousafzai has ruled out any alliance with Balochistan Awami Party (BAP) in the province. He was talking to media on Saturday.

Yousafzai added that it was a personal decision of the independent candidates to joined BAP and PTI has nothing do with it. He made it clear that PTI has already clear majority in KP assembly and has no need of making an alliance with any political party.

He also defended the Bus Rapid transit (BRT) project saying that the project has been completed with far less amount than other such projects in the country. Replying to a question regarding defamation notice served to him by the Awami National Party party chief Asfandyar Wali Khan, Yousafzai said that before giving serving him a notice, Asfandyar should first reply the allegations levelled against him by late Azam Khan Hoti.

Balochistan Chief Minister Jam Kamal welcomed the new entrants into the party and hoped that they will work for the betterment of their areas.