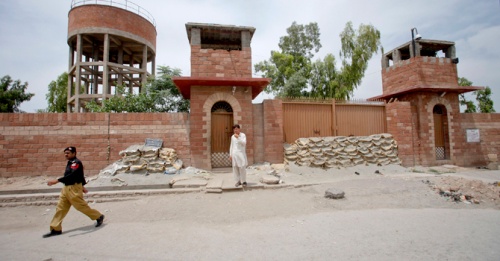 PESHAWAR: Khalid was only 16-year-old when his father passed away and at that time he was not mature enough to differentiate between right and wrong, and there was no one in his family to guide him on right path.

He indulged into negativities and eventually committed a crime for which he was imprisoned for one year under Section 377. A probation officer told TNN that it was a huge disappointment for Khalid’s mother who was immediately exposed to the challenge of arranging livelihood for her three daughters as her son, who was youngest among her children, went to jail.

However, Khalid’s mother got a sigh of relief when Khalid was sent to a probation centre instead of jail where his counselling started. His problems were heard, he was taken into confidence and he was assured that his problems will be resolved gradually. It worked well for Khalid who decided to be a changed man after coming out. His mother is extremely thankful to the government and credits it for bringing positive change in her son’s behavior. Now Khalid is working in his uncle’s shop and living a normal life.

The probation officer said Khalid was not a criminal by nature, and he was pushed into this situation due to unfavorable circumstances, but he rediscovered himself after little help and credit for this goes to Probation Department.

At present there are a total of 2,242 males and 16 females on probation in KP.

Some citizens, who mistakenly or unintentionally commit a crime, are sent to probation centre to keep them away from the company of habitual criminals in jail. In probation centre, a detainee can continue his work, but cannot leave the city without informing the jail authorities. Probation officers provide counselling and other help to detainees and also try to resolve their problems. In most of the cases, when someone comes out of probation centre, he/she becomes a more reformed individual.

Eminent psychologist Dr Akhtar Ali Shah says joblessness, psychological problems and domestic issues often push youth towards negative activities. He says whenever the youth see a ray of hope then they tend to get back to normal life. He said counselling and parents time to children play important role in children’s mental wellbeing.

The Probation Department is on the forefront on saving the youth from extremist and criminal tendencies. The probation officer said his department has saved a large number of youth from negativities and returned them to society as useful and reformed citizens.