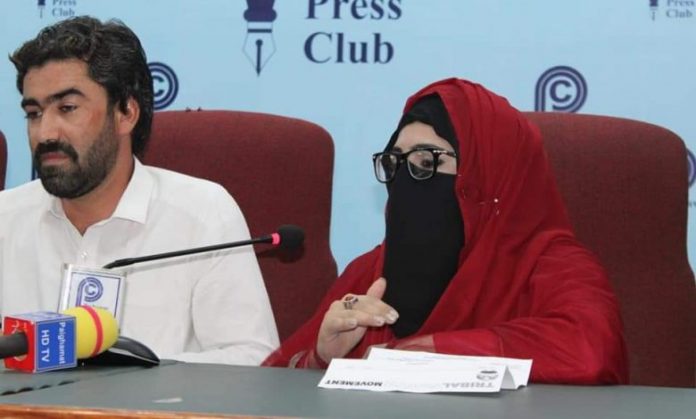 PESHAWAR: The Tribal Youth Movement central president Khial Zaman Orakzai has said the promises made by the government at the time of merger of erstwhile Fata with Khyber Pakhtunkhwa as a result of 25th constitutional amendment have not been fulfilled which has left the local people disappointed.

He said the government had promised to establish industrial zones, schools, colleges, universities, increase quota of admissions for tribal students in the country’s universities, provide 3 percent share in the National Finance Commission (NFC) Award and other facilities, but none of these promises could be fulfilled.

Addressing a press conference along with other office-holders at Peshawar Press Club, Khial Zaman Orakzai said local government elections should be held in merged tribal districts on immediate basis to transfer the powers to grassroots level. He said although the provincial elections were held in the merged districts first time in history, but still the basic problems of people remained unresolved. He said the local government representatives will resolve problems of people on union council and village level.

The Tribal Youth Movement leader said the local youth are suffering due to lack of internet facility or weak mobile phone signals. He said 3G and 4G internet facility must be provided to tribal districts without further delay. He said the students of tribal districts lag behind in studies as compared to the students of rest of the country as they don’t have access to modern technology.

Mr Orakzai said jobs must be provided to the local youth and it must be ensured that local youth are appointed on vacant post in merged districts. He said it is unfortunate that the federal and provincial governments are very slow in providing basic rights to the people of merged districts. He said the Youth Movement was great supporter of merger with KP and it will keep pushing the government for quick implementation of reforms. He said the federal and provincial governments must change their gears and ensure implementation of the pledges made with the people before it is too late.

The Youth Movement leader said thousands of youth will start a protest movement if the government kept on ignoring their problems.