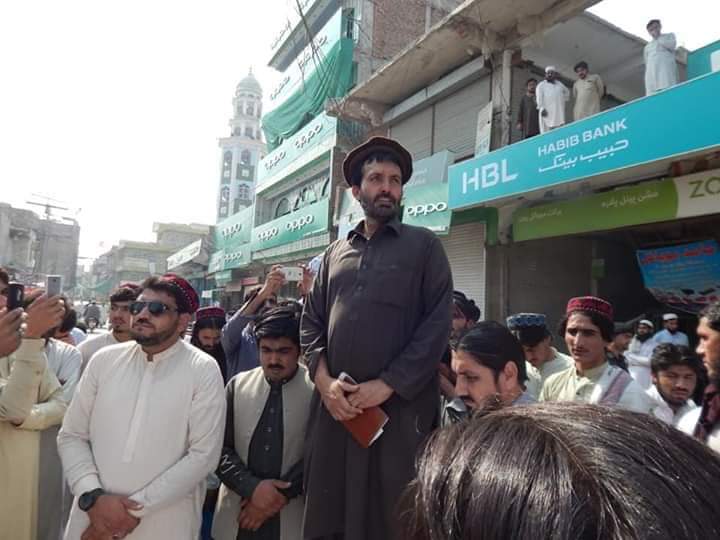 MIRAN SHAH: Youth of Waziristan on Monday staged a demonstration to protest kidnapping of Senior Superintendent Tahir Khan and demanded of the government to recover him.

The protesters were holding banners inscribed with demands for safe recovery of the senior police officer of KP police and threatened to stage a march toward Islamabad if he was not recovered till tomorrow morning.

Relatives told Ramna police that Superintendent of police (SP) Tahir Khan, who was deployed in the Peshawar rural zone, had left home in the capital for a walk on Friday evening but did not return home.

They expressed fears that he might have been abducted, as his mobile phone was also powered off. The Islamabad police also confirmed it.

The head of Peshawar city police said the missing SP was on a short leave and had travelled Islamabad in connection with personal matters.

Capital City Police Officer (CCPO) Peshawar Qazi Jamilur Rehman confirmed that the police were unable to contact SP Khan as his number was switched off. He said that it would be premature to jump to any conclusion.